Say That You’ll Always Remind Me 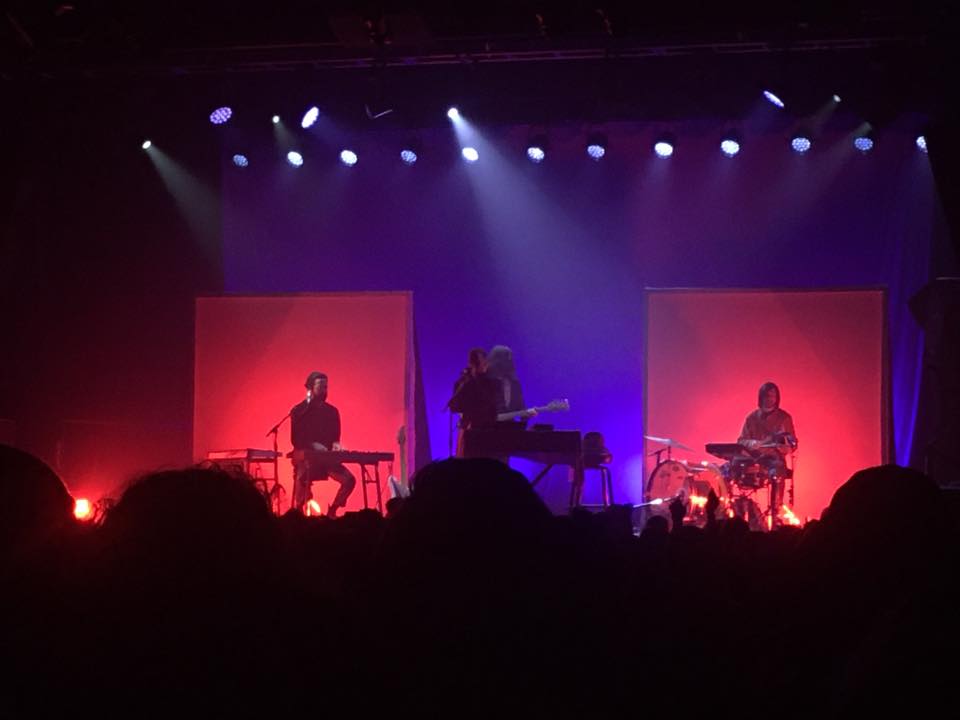 I’m rarely surprised when a show sells out anymore. I feel like I’m in the know enough to know when an up and coming artist has a big enough following to sell out shows. Sure, sometimes I’m wrong (like that time I told my friend she had to buy a ticket to a show before it sold out and, when we got there and she told the door she had gotten her ticket online they instantly knew who she was because, well, she was the only one that bought a ticket online… my bad) but I feel like I’m rarely surprised when a show sells out anymore. I say all of that but the fact that Wednesday night’s First Avenue show sold out had me a little confused. Don’t get me wrong, I love Toro Y Moi, who was headlining the show, but I’ve never heard many people talk about him or his music which led me to naively believe that it would be an under attended and chill show. I couldn’t have been further from wrong but that made me so happy. I love when a talented musician seems to be getting the recognition they deserve and Toro Y Moi is definitely one of those musicians.

Although I was stoked to finally be crossing Toro Y Moi off my bucketlist, it was opening act Channel Tres that ran away with the show and my heart. I don’t even know what it was about him or his two overly talented dancers on stage with him but the second Channel Tres hit the stage I was absolutely captivated and instantly starting posting all over social media that everyone needed to stop whatever they were doing and check this guy out. Hailing from Compton, California, there was something very fun and free about Channel Tres’ set but also something so serious and full of dedication and passion. He didn’t hold back when it came to his lyrics which added to the undeniable sense of passion that radiated from the stage. When you mixed those words with the intensity that the two dancers had as they powered through the opening set, you were left with a jaw-dropping set.

Channel Tres’ music was all over the place from EDM to hip-hop to rock, he was a mix of everything that I love right now. Think Kanye West minus the pretentiousness, Dem Atlas’ energy, and a little bit of Madonna’s “Vogue” when it came to the dancing and you can maybe, sort of imagine what Channel Tres’ set was like. I wasn’t along in being completely captivated by this performer. Although it was a short night with only two acts on the bill, the sold out crowd was surprisingly receptive to Channel Tres. They may have only been out on the chilly Wednesday night to see Toro Y Moi but I’m willing to bet that they all wandered out of the showing with a new obsession and a need to see Channel Tres again sooner rather than later. I know I’m already desperate for him to come back to town.

Channel Tres was great and definitely stole the show for me but that’s not to say that Toro Y Moi didn’t absolutely nail his performance. Chaz Bear is Toro Y Moi and to say he’s a musical genius would not be out of line. Eight full length albums with a good collection of EP’s and singles, Toro Y Moi has been grinding since the beginning and that’s something that will always make me fall in love with a musician. What makes him different from the rest is the fact that in interviews he talks about his music being a hobby for him and although people clearly know his name and his work, he continues to treat his music as a hobby as to not let the fun disappear. I more than relate to that and, to hear someone as successful for Toro Y Moi explain that sentiment truly gives me hope that I’m doing something right here.

I couldn’t tell you what songs Toro Y Moi played because I’ve never been the type to obsess over song titles but I can tell you that the set list was expertly curated. Chaz and his backing band had a method behind their song choices and it created a perfect atmosphere for the younger audience that was clearly there to dance and vibe out. Toro Y Moi’s music, like that of Channel Tres, is definitely innovative to say the least. The always infectious beat that makes you want to move and dance is paired up with everything from an EDM/ techno vibe to a good old fashioned indie rock feeling. His music refuses to be put into a box which makes every song feel refreshing but there are certain repeating patterns and styles that make each song clearly Toro Y Moi’s. The sold out audience was eating up every note while still clearly having a fun and relaxed night which is exactly the atmosphere that I wanted for this show.

Last night was one of those shows that I never expected to be in my top shows of the year but ended up being just that. From the perfect atmosphere to the perfect sounds and all topped off with Channel Tres’ set easily taking a spot in my top five of the year, last night was one of those happy little surprises that only come around every once in awhile.