There’s Nothing Wrong With Being Lonely 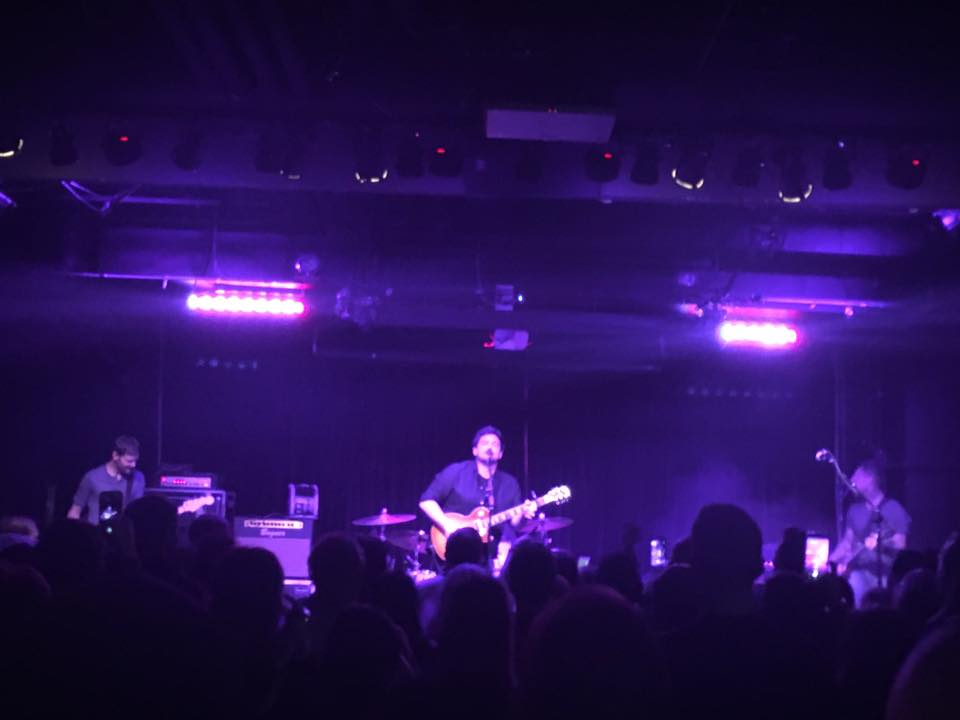 I go see underrated bands night after night. I stand in the crowd wishing the band got the recognition that they deserved. This mind set is nothing new but the feeling is never as strong as it is when I see The Spill Canvas. After taking a couple of days off from shows to just get my crap together and enjoy a quiet Thanksgiving at home with a frozen lasagna and my cats, I needed a show and when I realized that I would be breaking my vacation with The Spill Canvas, I couldn’t help but get overly excited about it.

After a couple hours of black Friday shopping and way too much food at my favorite Mexican food joint for dinner, we walked into The Amsterdam and were greeted by a surprisingly large crowd for the day after Thanksgiving. The fact that people had not only given up their Black Friday shopping for this show but had also taken a chance with the impending snow storm made me so happy. As we all settled in, singer-songwriter Cory Wells set the mood for the show. He brought a sense of teenage angst that, like the audience, has only gotten better with time. A clear homage to the greats before him like The Movielife and Dashboard Confessional, Cory had a very emo vibe about him that instantly catapulted myself and the rest of the audience into a time of our lives that would probably be better forgotten but made such an impact on all of us. His quick set only had about half a dozen songs in it but those half a dozen songs were perfect and a great way to start the night.

Taking the stage next was Brett Detar. Although I was introduced to this man as a member of Zao, I fell in love with him as the vocalist for The Juliana Theory. Like The Spill Canvas, The Juliana Theory is one of those bands that never got the recognition they deserved and sadly it seems like they never will. The band broke up in 2006 and although they have reunited a couple of ties here and there for reunion tours, I don’t get the vibe that they will be reuniting for the long term. Although it wasn’t a full band show like I would have killed for or even a duo show with guitarist Joshua Fiedler (Josh is on this tour but took a couple of dates to take his family to Disney World), Brett’s unmistakable vocals instantly took me on a trip down memory lane. Due to the years that have passed since I’ve honestly really sat down and listened to this band, I couldn’t sing along to every word like some were able to but I’m pretty sure the smile on my face said it all. Brett’s voice really hasn’t changed much at all over the year. He still has an absolutely stunning sense of control to it and a very distinct sound. There was something comforting about watching and hearing Brett that I will never be able to put into words but I can say that standing there and watching him perform was better than I could have ever imagined.

The night seemed to move fast. Maybe it was anxiety regarding getting home in the snowstorm that was supposed to hit at any moment or maybe it was the drinks, regardless, all I wanted was the night to slow down when The Spill Canvas came on. It didn’t really slow down for me and sadly the headlining set seemed to be over in the blink of an eye but that didn’t mean I didn’t enjoy every single second of it. Formed in Sioux Falls back in the early 2000’s, The Spill Canvas is one of those bands I instantly fell in love with when I heard them for the first time. They brought such a sense of conviction and love to every song they ever wrote that it was hard not to. Their 2005 album ‘One Fell Swoop’ remains at the top of the charts for my favorite album of all time. Everyone has a band that just gets them and, well, The Spill Canvas is one of those bands for me.

As soon as the band jumped into their set, I was transported to my younger years but with the wisdom I’ve gained over the years. Sure, I could still sing along to nearly every word of nearly every song but I did it with a sense of love last night instead of the sense o desperation I did back when I was an emotional wreck of a teenager. I could count on my fingers how many bands from the early 2000’s scene that have stood the test of time and The Spill Canvas is one of those. Vocalist Nick Thomas’ voice hasn’t changed at all over the years. It still screams raw emotion while having a sense of control that can not be overlooked. Their setlist spanned nearly the entirety of their career and was like a walk down memory lane in chronological order. Obviously, my favorite portion of the night was when they played a couple of tracks from ‘One Fell Swoop’ but every song they picked was the one I wanted to hear which made it an absolutely flawless set.

When you go to enough shows, it’s hard not to nitpick what you didn’t like and find flaws in a set and I know this is going to sound biased but there were no flaws in The Spill Canvas’ set. These guys are just such a solid band when it comes to their live show. From the perfection of every note to the fun-loving and open-hearted vibe they bring to the stage to the way the audience respects the band and their music– they are just solid. The Spill Canvas is one of those bands that, even if you aren’t a fan or have no clue who this band is, you should definitely go see because I’d be willing to bet they quickly become a staple in your daily playlist.

The snow started flying almost as soon as the show ended last night and hasn’t really stopped since. It’s looking like a day where I’m stuck at home but that’s okay. I’m still riding high on the vibes from last night’s show and that’s enough to get anyone through a day cooped up at home.

Spotted Flying Through The Air- 1 Drink

The Juliana Theory- 1– Way Back in the Day