Chay Snowdon- ‘Are You Sitting Comfortably? (Then We’ll Begin)’ 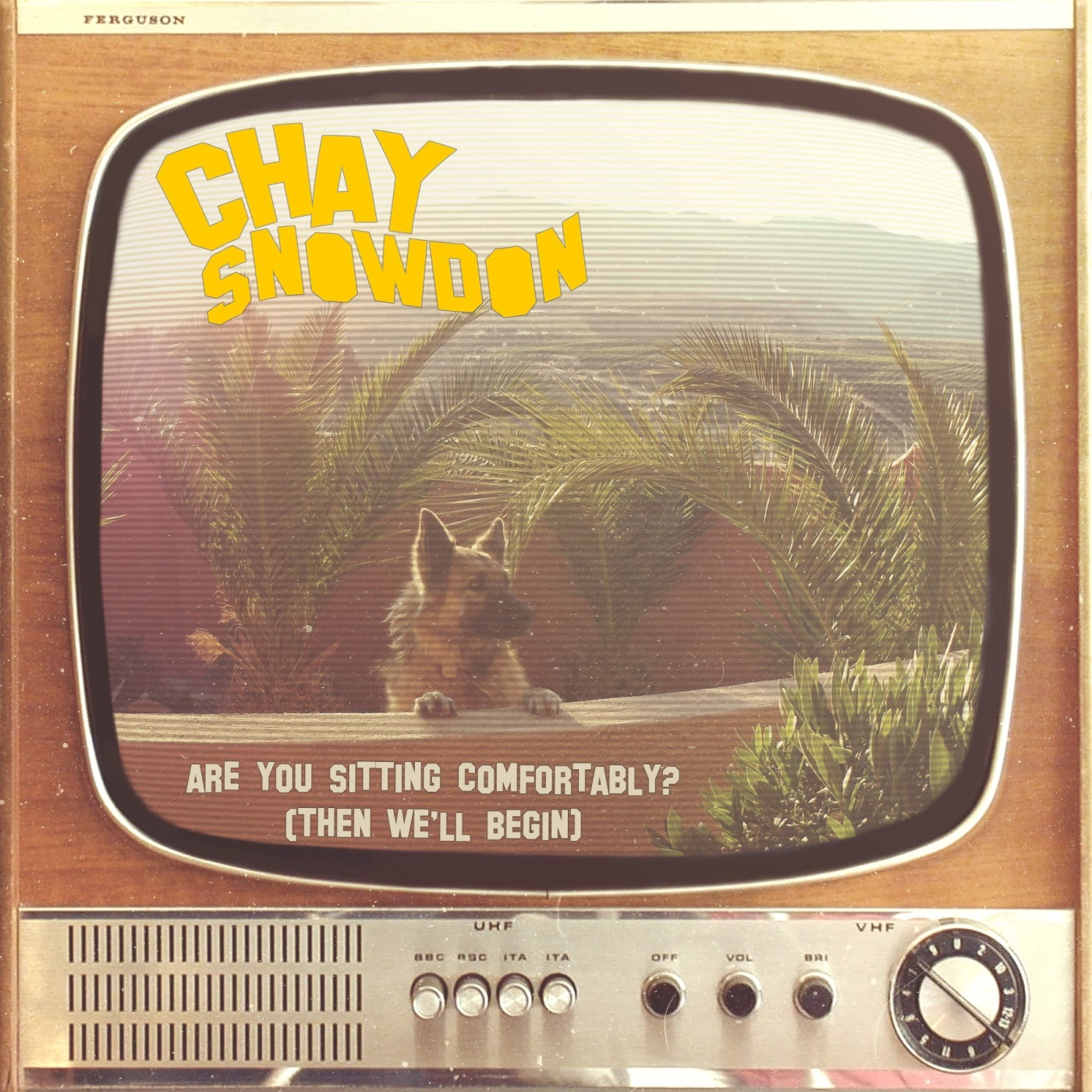 Honestly, the title of this new EP from Chay Snowdon is as good of an intro as you’re going to get out of my tonight so, ‘Are You Sitting Comfortably? (Then [Let’s] Begin!)’.

A fourteen-second intro kicks this seven-track EP off with the sound of a siren before an announcer introduces you to this EP. Although short and sweet, it definitely sets the stage before Chay Snowdon’s distinct sound takes over for “What The Kids Want”. This band has such a cool and retro feeling sound while being so very modern and fresh feeling. “What The Kids Want” is a perfect example of this. Something about this track is somewhat simple and familiar while keeping you engaged throughout the entire song. The drums power through this track which makes the beat feel a little faster than it actually is and, almost too soon, the track had finished and made way for the next song.

“Tough Guys Die First” hit me like a wall of sound. The track kicks off with a powerful guitar chug before falling into Chay Snowdon’s retro vibe. This was an instant favorite track of mine. There’s an edge to this track while having a super anthemic chorus that instantly got stuck in my head. Although Chay’s voice is smooth, there’s an almost raspy edge to it throughout this track that really stood out to me. Even though my ears were on Chay’s vocals, there’s no denying the power of the band in this track (and, what I’m assuming will be, all of the other tracks). Another powerful example of Chay Snowdon’s personality and distinct sound.

The way I was introduced to Chay Snowdon was through “Loud Shirts” which is the next track on this EP. Hearing some other tracks from him now, it all makes sense. I honestly wasn’t too sure about “Loud Shirts” the first time I heard it. It almost had this bluesy sound to the vocals while having indie-pop instrumentation. When I first heard this track, I thought this band could only go one of two ways– either a super generic indie-pop sound and this track is the outlier, or a super bluesy and raspy vibe. After hearing this track among the rest of the songs from Chay Snowdon, I’m realizing that they didn’t go either of those routes and, although they have a super distinct retro sound, every song brings a new element to the forefront. The spotlight during “Loud Shirts” shines on a bluesy influence and it’s something I hope to get more out of on the last three tracks from this release.

“Men Cry Too!” really showcases Chay’s stellar vocals. His range is truly impressive and the way each word is drenched in so much emotion is truly beautiful. I love the lyrics of this track because it’s a topic that I feel needs a little more attention. I see conversations starting to circulate regarding men and their emotions and it’s something I think that is super important. The fact that Chay’s vocals really stand out in this track just drives this idea of men having emotions just like women is a perfect touch to a perfect track.

The vocals continue to steal the spotlight during “Cash Only”. Honestly, maybe they had the spotlight in the first few tracks too but I could have been too busy to really try and peg the sound of Chay Snowdon down to notice. Regardless, this is another song with the soul and emotion that Chay has in his vocals feels so effortless but also so powerful. Don’t get me wrong, although my ears were now focused on the vocals, there’s no denying the support that the rest of Chay Snowdon brings to the table. It really enhances the vocals while proving they could stand alone as a super solid band.

The announcer’s voice comes back in for “Outro.” and really closes out this quick EP in a very cool and retro way. Even though the announcer ends this release with the word “Goodnight”, there’s really no end to this EP or my new obsession with Chay Snowdon. I couldn’t resist but go back and listen to this release again before moving onto another album tonight.

What My Cats Thought Of It: Artie laid right under my desk; Autumn laid on the stairs

Check out ‘Are You Sitting Comfortably? (Then We’ll Begin)’ HERE!