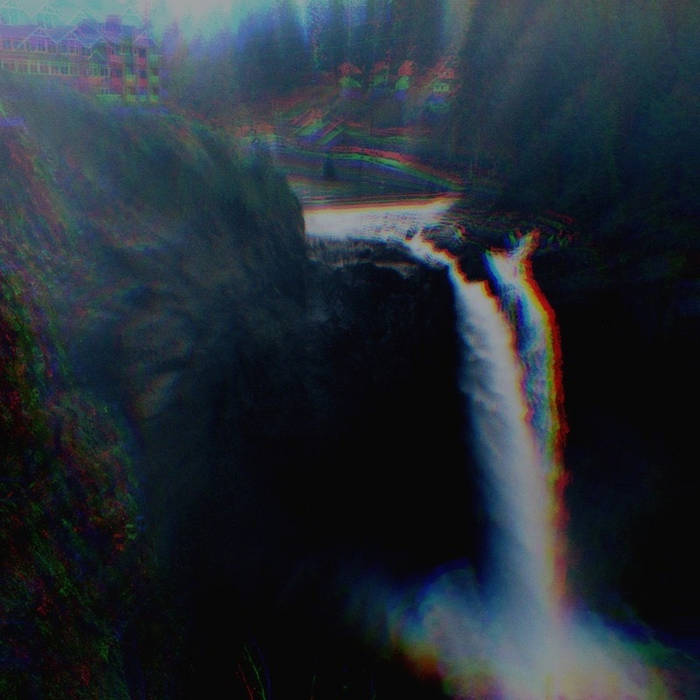 What happens when the pandemic cancels your studio time? You borrow some gear, set it up in your garage, record some tracks on your own, and hope for the best. At least that’s what 7-11 Jesus did and I can’t wait to hear how it all came together to form ‘Tree Dream’.

This album starts with “Tried So Hard”. This track wastes no time blasting into this super cool lo-fi yet high-energy indie-rock sound. Although the lyrics didn’t quite grab my attention (outside of being a bit odd and being about a clown?), the sound did. This opening track has rises and falls like you wouldn’t believe and wouldn’t expect making it a super dynamic listen that easily draws you into the palm of 7-11 Jesus’ hand just in time for them to close you in the said palm with “Kill Your Friends”. This track instantly reminded me of a more drunk Vundabar which is a super good thing. Although there’s an undeniable attitude and energy in the sound, there’s something oddly comforting and calming about it at the same time. Maybe that’s just me being weird but take a listen and see if you get that vibe too!

Things slow down for “Talk Show Host” which was an instant favorite of mine. There’s a sense of defeat not only heard in the word choice but also felt in the presentation of this track. The beat of this track seems to drag but not in an uncomfortable way. Everything is perfectly in sync just a little more sleepy beat-wise which adds an almost tenderness to this track that I didn’t hear in the first two songs. No need to feat though, things pick right back up for “5HITS”. Even with the energy and tempo back up, there’s still something defeated feeling in the words and the way they grace this track.

“Badman” starts off with a super fun bassline before the band jumps into a sound of aggression and frustration. I love this vibe and it’s a feeling that I feel like hid behind the spotlight in the previous tracks but was always there. I feel like 7-11 Jesus really lets loose during this track and it’s a moment of pure magic. I like that there is a reference to talk show hosts and clowns in this track. This really helps brings this album together with the nods to the previous tracks. It’s also an aspect that I feel is so small when it comes to this album as a whole but, when I caught it, it blew my mind. I was so busy trying to find other hints at previous tracks throughout the rest of “Badman” that I missed the transition into “Two Hands” but definitely didn’t miss that a new track had started. “Two Hands” slows the pace down a lot more and really tones down the aggression. Much like “Talk Show Host” there’s something perfectly sleepy about this track. It’s not the type of sleepy that actually makes you nod off but more the kind of sleepy that helps you get lost in your head with a perfect soundtrack playing in the background.

I feel like there’s something a little bit more avant-garde about “Soft Brain” than the previous tracks and I love it. Much like “Badman”, I feel like the band just kind of lets loose for this track and goes where the music takes them in a super organic way. Much like a rollercoaster, just when I was really getting into this more artsy vibe, 7-11 Jesus pulls the reigns in ever so slightly for “Snakes In the Grass”. Overall, this track just has a more classic indie-pop tone to it while not being shoved into that box. There are still so many rises and falls in this track that I refuse to put this in any box but I feel like they have one foot in there. Okay, maybe more a toe than a foot, but still.

“Where’s My Dimi” continues on with a sound that can only be described as 7-11 Jesus. It’s powerful, full of sound but also full of control and artistic freedom. The vocals slide from word to word while the instrumentation takes a more structured approach giving. Honestly, I’m pretty sure this has happened in previous tracks but I just hadn’t caught on and, being that I write these reviews upon first listen, I can’t go back and edit. I wanted to hear more of this if only validation that it had been there this whole time but “Death of a Son” follows “Where’s My Dimi” and there are sadly no vocals. Instead, “Death of a Son” brings an almost extraterrestrial soundscape to this album that, although odd and almost feels a bit out of place, somehow makes sense at the same time. The phrase avant-garde has popped into my head throughout this album and I feel like this track really drives the phrase home when it comes to this album.

“Time To Die” ends this album on a super surprising note. This track is clear instead of fuzzy like the previous tracks and features a beautiful piano part. There are no words and really no chaos or artsiness to this. It’s just an absolutely stunning piece that shows a very nurturing side of 7-11 Jesus that is unrecognizable from the rest of this album. I feel like this entire album was full of twists, turns, and surprises so I really loved how the band ended it like this.

What My Cats Thought Of It: Artie laid right next to my desk; Autumn slept on the stairs leading upstairs