We Can’t Be The Adults We Want To Be 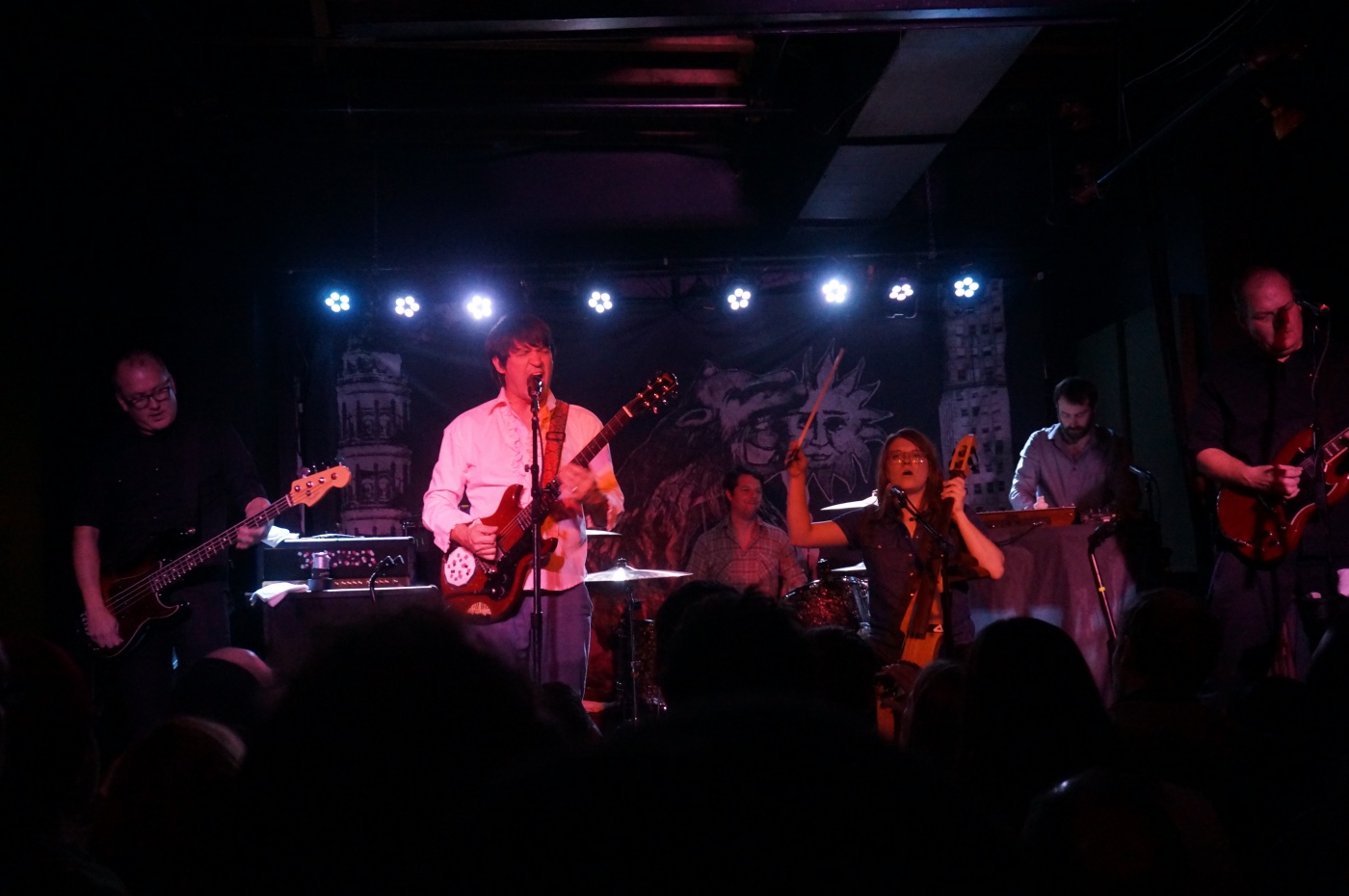 This week has been one of the best weeks of shows I’ve had in awhile and Saturday night’s show was just the icing on the cake. After spending my day running errands, chopping all of my hair off (again), and then hanging out with my little cousins, I needed a calm show where I could have a couple of drinks, sing along to some songs, and just chill. That’s exactly what I got from the Cursive show but I also got so much more.

Kicking the night off was Chicago based Campdogzz. I saw these guys the last time I saw Tim Kasher (singer of Cursive) back in June of last year at the same venue. Although a little deja vu, and I hate when bands seem to always tour with the same people, I was thrilled as Campdogzz jumped into their quick and calm set full of songs that could make you drift away without putting you into a lull. Always quiet vocalist Jess Price said very little to the crowd and came off as a bit timid and nervous but it worked with the music. The music itself seemed a bit timid and nervous but it also had this way of completely captivating you. The ups and downs in the music of Campdogzz definitely keeps you on your feet. One minute you are having a rough time hearing the muffled vocals and the quiet guitar parts and then, the next minute, you are frantically reaching for your earplugs. I loved them back when I saw them last June and I loved them last night. Campdogzz is a solid band and deserve your attention.

A friend had warned me about the next band to take the stage. He told me I was going to fall in love instantly and, as soon as Meat Wave took the stage and started playing, I texted him saying, “Okay, you nailed it. Completely in love.” The Chicago based trio had me stuck within their first song. Where Campdogzz was quiet, calm and collected, Meat Wave was in your face, intense, and all over the place while still fitting the bill perfectly. I loved the diverse line-up because if you took the music of both of the openers and blended them together you would get the headliner’s vibe. Tim Kasher has always nailed it when it comes to openers for any of his projects (more on his genius later) and Saturday night was no different.

Meat Wave’s music created an almost party-like atmosphere. There’s no denying the cloud of energy that the three musicians created as they blasted through their set but it didn’t seem frantic or pre-meditated. With fast paced music and emotion-filled vocals, their set may have lasted nearly forty minutes but, to me, it felt like it was over in just a couple of seconds. Mixing punk sounds with indie-rock tendencies, I don’t think I’ve ever heard another band that sounds anything like them. Although a bit quiet when it came to the banter with the audience and between themselves, there was something extremely personable about each of the members. I am already craving another performance from these guys so here’s to hoping they come back sooner rather than later.

Closing out the night was the almighty Cursive fronted by a God among men- Tim Kasher. Tim has been the face behind many of my favorite groups and songs including my favorite project of his- The Good Life. He has a sense of creativity that the music scene seems to be lacking lately. He goes for the unconventional and creates sounds that shouldn’t be music to your ears but somehow they turn into the music beautiful things you’ve ever heard. Sure, I know I wasn’t seeing The Good Life last night and knew that I wouldn’t hear those songs that I worshiped as a teenager but being able to see him in Cursive and hear those songs was just as big of a treat.

Since the mid-90’s (other than a small hiatus thrown in there) Cursive have been putting out music almost constantly. They have eight full length albums out and each seems to have a different vibe and sound while staying blatantly Cursive. Their set list on Saturday night reflected that. They played sounds spanning their entire career and, although each song had a different vibe, they all came together as a cohesive group in some odd way. There were songs that had people standing there, screaming along to the lyrics as if every part of their body was frozen except for their mouths and then there were songs where people actually started jumping and throwing fists in the air. That’s the magic of Cursive. No matter what mood you’re in, they have a song for you. No matter how you want to act at one of their live shows, it would make sense.

With around twenty songs in their set, it was lengthy and extensive but still not enough for many of the fans. “I hope we hit all of the right songs for you!” Tim said after explaining that they have been a band for a long time and are very happy to be doing what they are doing. They definitely tried and you could feel that. They could have spent all night playing songs off their new album “Vitriola” which just came out but, they knew the audience wanted so much more than that. Between deep cuts and hit songs (or at least as “hit” as Cursive gets), each song was someone in the audience’s songs but nobody heard everything they wanted to. Cursive is one of those bands I could stand and watch for hours on end and not get bored with. You can see the creativity as the group plays through songs and you can feel the passion as Tim performs with an undeniable sense of conviction.

I don’t have a show to go to tonight and, although my cats seem happy about the prospect of me actually being home, I plan on finding something to go to. This current string of shows has just been too good and I’m not ready for it to end.