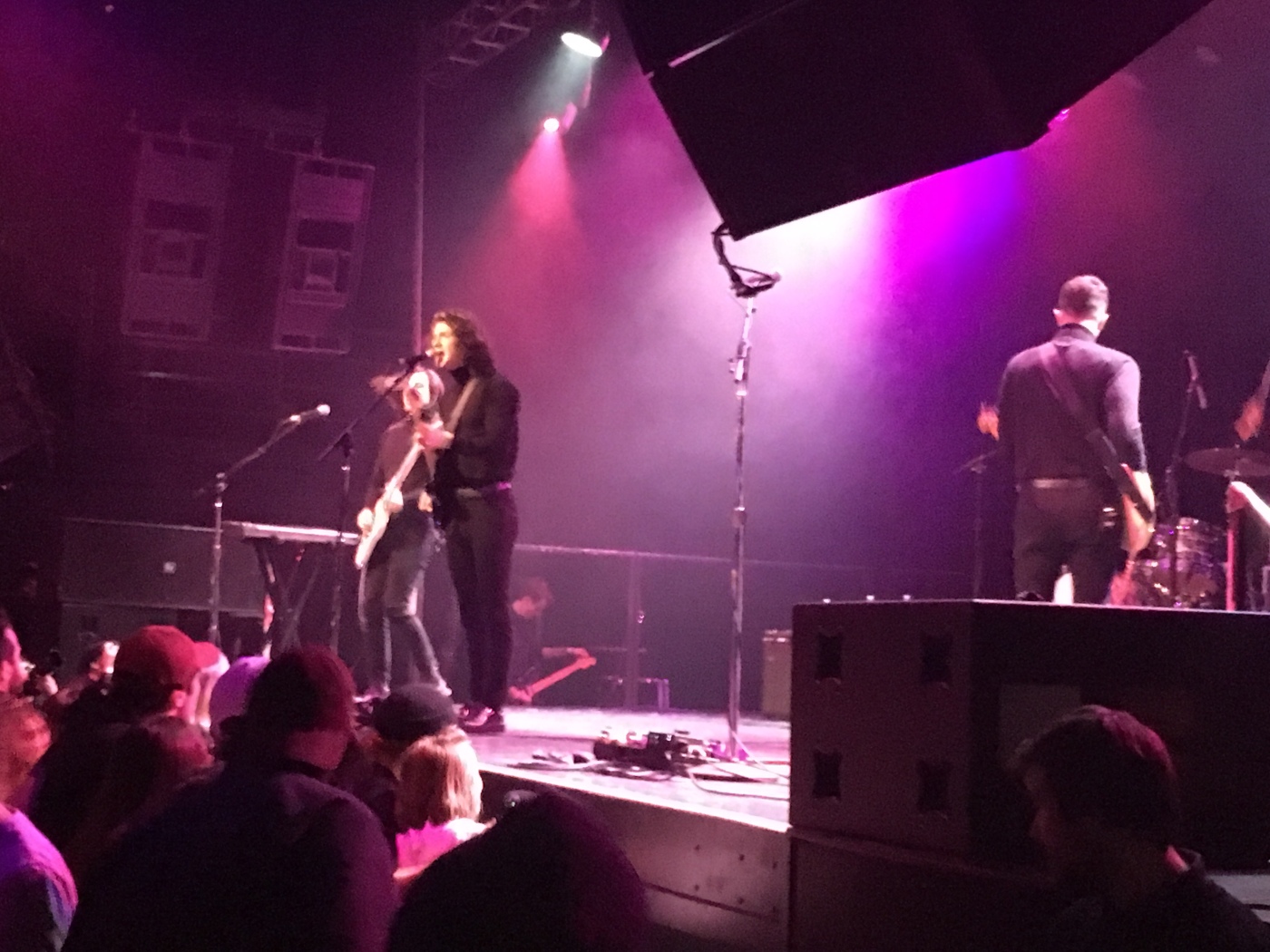 If you’re not a huge local music person- last night was the show for you and I honestly hope you made it out. A fair price ($10 in advance and $12 at the door) for seven bands, Friday night’s First Avenue’s Best New Bands of 2018 showcased exactly that- some of the best up and coming local acts the Twin Cities has to offer. Although I felt like a couple big names were left off, the line-up did a great job of spanning vast genres and vibes while creating a cohesive night of music that I never wanted to end.

With a fairly early start time and the need for a couple of drinks after a long day and weird week at work, my friend and I were a wee bit late getting to the party and missed the two opening acts- Annie Mack and The Carnegies. Apologies to both of those acts. Judging by the amount of The Carnegies merch I saw wandering around throughout the rest of the night, I clearly missed something there and there have been little birds chirping on me about Annie Mack for awhile now. Again, apologies and I will catch you guys in the future!

The first act I was able to catch was Faith Boblett. Her sweet and sensitive voice matched her intriguing blend of country, indie, and alt rock sound. Even with a band behind her, Faith’s voice stole the spotlight with ease. There was just something so genuine about her as she swayed along to her beat and sang her hearty out. With simplistic yet not boring instrumentation behind her, the music was calming and soothing. Unfortunately the nearly sold out audience was not an audience that wanted to be calmed and soothed. Something was in the air last night at First Avenue. It was a rowdy atmosphere and people seemed a bit “lit” as the youths would say. Although it made for a great vibe in the room, it had me feeling a bit bad for Faith who’s voice, although truly amazing, just was not enough to keep the chatter of pointless conversations around me subdued.

Following Faith’s soft and sensitive set was a set I was super excited to see. Scrunchies is one of those bands that I’ve been meaning to see for awhile now but just haven’t had the chance to catch. Well, last night was my chance and they definitely didn’t disappoint. A bit of a super group with members of Kitten Forever, Tony Peachka, and various other favorite locals of mine, this all-female trio blasted onto the stage and took no prisoners during their short thirty minute set. Although I was a bit bummed to not see the phone on stage (Singer Laura Larson is from Kitten Forever who used to use a telephone as a microphone creating a unique sound and a truly unforgettable set), Scrunchies definitely didn’t hide their edge for the more mainstream crowd that had come out last night due to the connection with local radio station The Current. Scrunchies’ down and dirty songs were met with an electric vibe that sent shockwaves through the venue. If you walked into First Avenue last night thinking you didn’t like punk music, Scrunchies changed your mind for you. They definitely stole the show.

Static Panic was up next and I had super high expectations for these guys. I have seen them a couple of times at this point and I am always impressed by their uniqueness and their funky vibe that you just don’t see anymore. Unfortunately, they let me down last night. Don’t get me wrong- they sounded absolutely amazing but that fun-loving vibe that had me completely obsessed with these guys after seeing them open for Castlecomer seemed to be lost in the iconic mainroom at First Avenue. Maybe they were trying too hard for the new fanbase that they could inevitably gain or maybe this is just the new direction of the band but I wasn’t buying it. Their creativity seemed to be replaced by a want to be a Prince cover band and that’s fine! If that’s what you want to be then go for it but why tease me with that amazing set a couple of months ago. I just want to be clear, the band sounded great! Their energy was high and the crowd was clearly loving it but I want the old Static Panic back please.

The amount of hype surrounding the next band- Gully Boys- definitely had me intrigued. Much like Scrunchies- Gully Boys are a band that has been on my list for awhile but I’ve just never been able to catch them live until last night. I wasn’t sure what to expect but it definitely wasn’t what I got. This all-female trio had a very polished sound to them while still being able to be put into that garage-punk rock box. It was the accessible version of Scrunchies that the audience could clearly digest a bit easier. Although a bit boring to me as I like a bit more edge to my punk bands, Gully Boys made it clear why their name has been lit up over the past couple of months. They may not be my cup of tea but I will definitely takes sips of that tea every once in awhile.

The crowd had been thinning over the past few acts and, unfortunately, as the final band and one of my favorites took the stage, it was hard not to notice just how many people had left. Yam Haus is one of those bands that never gets old to me. Their high energy live shows had me completely forgetting that it was after midnight and that my strep throat has yet to leave my system. Their pop almost boy-band like sound may not be what I typically buy into but the way they presented it had me buying up every beat. One of the most polished bands of the night, the four piece took the stage all wearing black slacks and black turtle necks. A bit of a mature look for such a fun-loving sound, Yam Haus has “it”. As usual, I have yet to figure out what “it” is but they have it. The people that stuck around for the last set were captivated in a way only an “it” band could captivate. It may have been late and people may have been exhausted but this band had everyone moving and grooving to the beat. There are a lot of bands that I would love to see break onto a national stage and Yam Haus is one that I think could truly do it in the next couple of months.

I’m sure you’re all sick of me saying it but one more time for the people in the back– The Twin Cities is a truly magical place when it comes to music. I’m so thankful to be in such a creative and amazing music scene and so grateful to be able to go to great events like last night’s show night after night after night.