Am I Just In A Dream 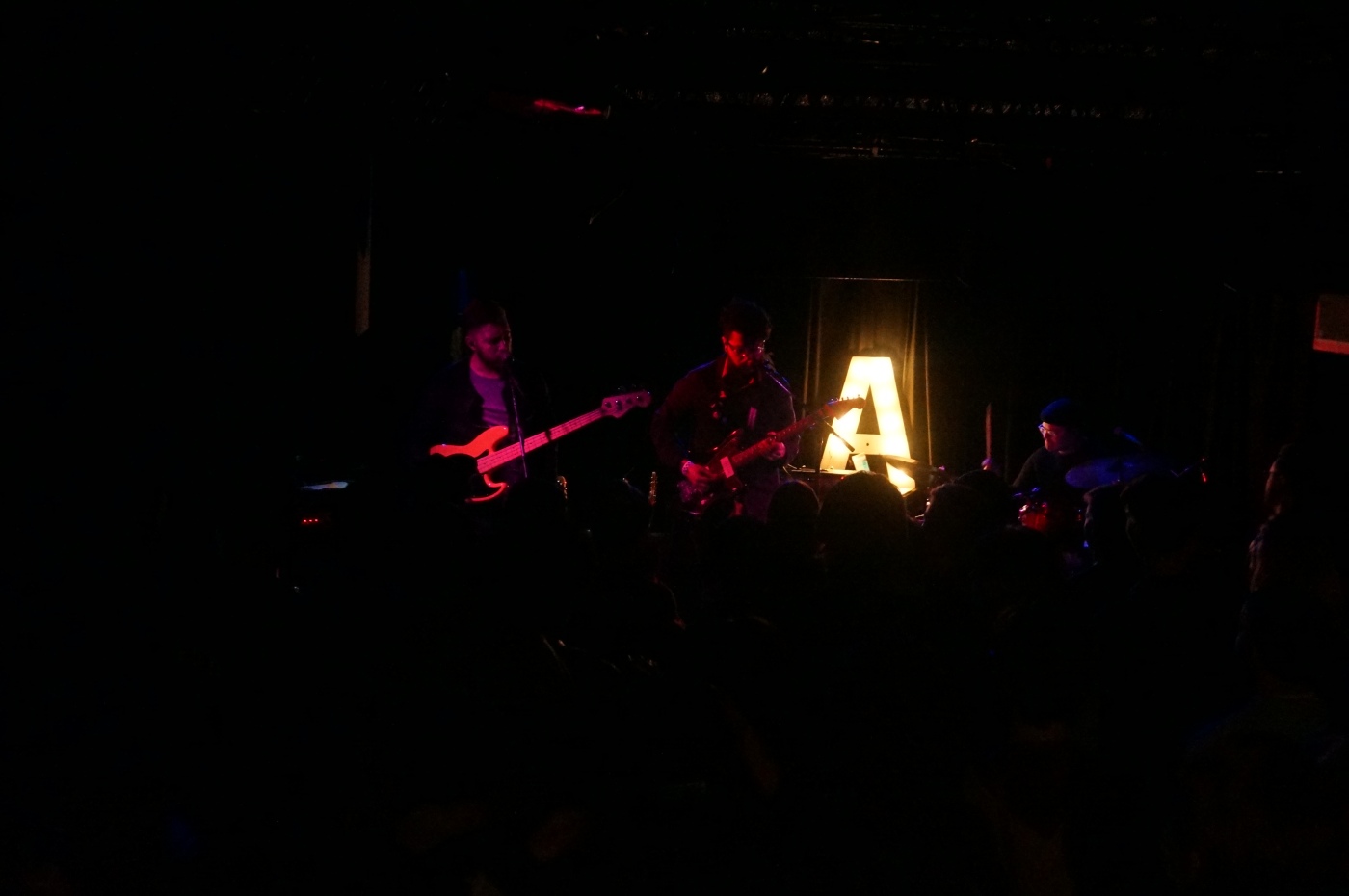 New Year’s was a blur. I wish I could say that was because of the copious amounts of bubbly I consumed while I was dancing my butt off to Skrillex as he dropped the ball at the annual Snowta fest but, alas, it is not. I brought in the new year in the most “me” way possible with a nasty case of strep throat that made my Uber driver the first person I said Happy New Year to after climbing into his car at precisely 12:07 after the confetti and balloons had settled inside the Armory. I’ve felt like crap ever since and have barely left my apartment. Was going out last night to a show the best idea I’ve ever had? Absolutely not. I probably should have given myself at least another day or two before making an appearance out in public but I was going stir crazy and I’m not going to hit my goal of 300 shows this year by taking nights off.

Kicking the night off was Greentop from Rochester, MN. An indie rock band that brings so much more to the table than just indie rock, Greentop’s sound was funky and fresh. There was a sense of youth to it that didn’t just come from the members looking super young, but the six piece’s ability to bend genres that shouldn’t be bent and their refusal to be put into a box. The instrumentation of this band alone had me intrigued what with a saxophone being added to a standard looking band. There were small elements in this band that truly set Greentop apart from other bands (including the saxophone). Those elements kept me completely intrigued as the band played through their quick opening set. As mentioned, these kids are clearly young and have a long way to go before I could see them headlining a giant banger of a show but the fact that I can see that for these youths in the future says everything that needs to be said about this band.

Up next was Heart To Gold and I could tell by the anticipation felt throughout the nearly sold out audience that I was in for a treat. Again, a young band but not quite as young as Greentop, Heart To Gold instantly had me captivated from the first note of thirty minute set until the crowd was left chanting and pleading for one more song. Whereas Greentop brought an innocent indie-rock vibe to the night, Heart To Gold brought a nostalgia ridden angsty vibe with their unique and infectious brand of pop-punk music. Okay, maybe pop-punk should be used loosely here. Their music was almost garage rock with a more polished sound than any garage rock band should have. It was California surf music made in the state of Minnesota with no surf. What I’m trying to say is, much like Greentop, Heart To Gold refused to be shoved into a box and, because of that, instantly gained myself as a long-term fan.

The audience was eating it up and, although this was just a local show on a sleepy Thursday night the week after the excitement of New Year’s and all of the festivities that comes with the holiday, the packed house had me questioning what day of the week it was and what time of the year it was. Positivity and fun radiated throughout the audience during the entire three band show. The audience broke into a small push pit during Heart To Gold’s set. With every push or shove came an inevitable genuine smile shared between strangers or friends. Honestly, you couldn’t tell who in the audience was friends and who had never met before because everyone was just so damn friendly and happy to be where they were with whoever they were there with. I may have been hiding in the corner clutching tissues like my life depending on it but I felt the love (unfortunately that is not the cure for strep throat).

Closing the Thursday night show out was local heavy-hitter Author. I had never heard Author other than when a buddy of mine showed me their creative music video. Said buddy is a giant in the local metal scene and promotes some of my favorite shows in the cities but when asked who his favorite local band was, there was no hesitation- Author. I was a bit shocked that night I stood on the sidewalk watching Author’s music video but it also intrigued me. I knew that I needed to see this band live and last night was my first chance. I wasn’t going to miss it just because of a little sore throat (or strep… whatever).

Author’s sound was much calmer than the party atmosphere that Heart To Gold had created in the room but the transition wasn’t as dramatic as you may think. Their calm sound had a sense of energy that kept everyone in the audience in high spirits and had them all tapping their toes or nodding their heads. The room was dark except for the giant “A” the illuminated the stage and there was a sense of warmth that seemed to fill the venue although it was a bit chilly outside. The trio had a way of creating dreamy soundscapes that had me whisked off to a fantasy world while keeping my feet firmly on the ground. It was just enough fantasy to make your mind start to wander but still enough fervor to keep you in the room with your eyes glued to the stage. Ever since my buddy told me Author was his favorite local band in a place with a million and three amazing local bands, I was intrigued. After seeing them live last night, I get it.

The first show of the year always has some pretty high standards to meet. It may sound dramatic, but it’s a show that sets the tone for, well, the rest of the year. Thankfully, none of the three bands that performed last night let me down and if I can have as much fun as I did while feeling like absolute death in the corner while constantly blowing my nose, sniffling, and attempting to clear my throat, well, it’s going to be a hell of an amazing year.