In The Red Earth And The Pouring Rain 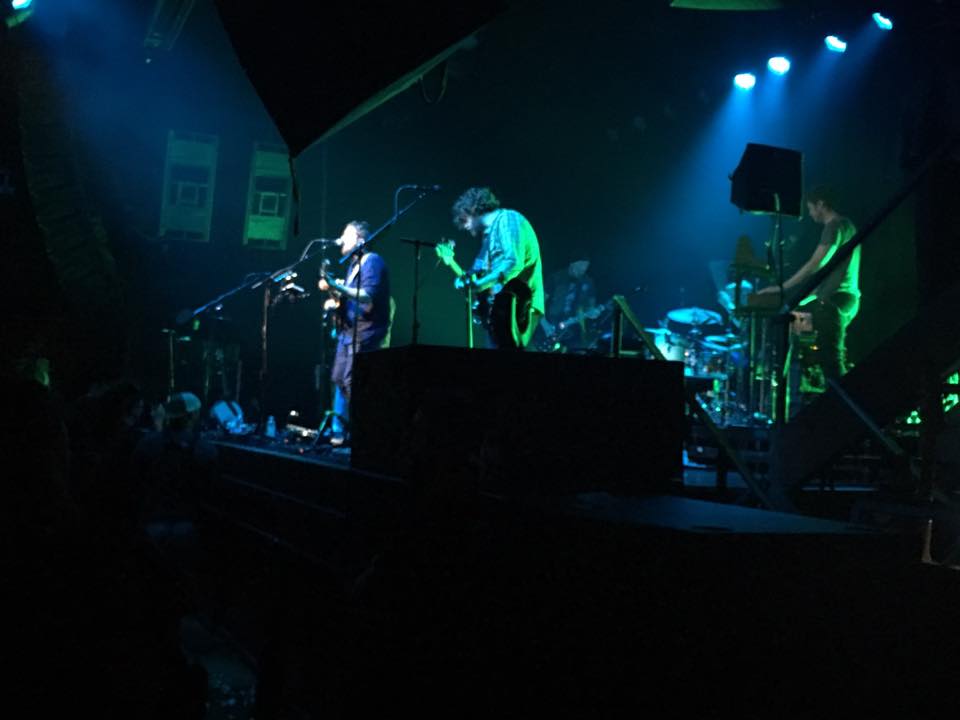 Yesterday was a weird day. From the excitement of seeing the Riot Fest line-up to the sticker shock I was left with after buying a ticket to said Fest because, well, just look at that line-up, to the refreshing nap that went past my alarm and resulted in me rushing out the door to get to the Wednesday night show… yeah, I was just having one of those days. If I’m being honest, going to a show was the last thing that I wanted to do but I also knew that it was exactly what I needed. I was a ball of anxiety and stress for no apparent reasons and needed the only fix I’ve ever found to actually work when it comes to soothing my soul– a live show.

I didn’t know anything about anyone playing last night but the second that opening act Vera Sola took the stage, I knew that I was exactly where I needed to be and was getting exactly what I needed. Where to start with Vera and her band? Honestly, I was just completely stunned but her voice, the music, the look, the energy… everything about the opening set had me with my jaw on the ground, my ears open, and my eyes glued to the stage. There was something so intense and intimidating about Vera’s stage presence but also something so calming and comfortable about it. I truly don’t quite know how to explain it but I know that I absolutely loved the vibe that she and her band were giving up.

The music she was playing matched the intensity of her presence on stage. Almost murderfolk-esque when it comes to a sense of darkness in her voice and lyrics with a steady folk and indie influence when it came to the upright bass, guitar, and drums, Vera’s sound was definitely something different and unique but also something I could 100% get behind. Listening to her music this morning, you still get something hauntingly beautiful from her sound but it’s truly amazing what watching her perform live adds to the music. It adds a whole atmosphere and aura to the music that is missed when it comes to the recordings. That being said, there are a few of her songs that will definitely be finding a new home on my daily playlist and I’m already waiting for this songstress to announce another show up here so I can bring my friends and watch as they get captivated in the same way I was last night.

British folk-rockers Bear’s Den closed out the night and you could tell from the excitement in the air from the young audience that something great was about to happen. Again, I had never heard of either of last night’s acts prior to walking into First Avenue last night but had been warned that Bear’s Den would leave me stunned and in love. I mean, Vera Sola had already done that and I could have easily walked out after her set and been more than content with my night but I was intrigued. Was Bear’s Den really going to be able to top the beauty and appeal of Vera Sola’s set? That’s when it happened.

After a dramatic instrumental intro rang through the speakers, the band took the stage and, without hesitation, jumped into a set that truly was beautiful, full of emotion, and, again, everything that I needed. The harmonies that their voices came together to make were goosebump inducing. I honestly didn’t count how many of them were on stage let alone had microphones (much like Vera’s set, I was left completely stunned and almost in shock by everything) but every single voice had a place and that place fit perfectly with everything else going on in the music. Think a little Mumford & Sons with more acapella parts and without the idea of ever selling out hidden in the music and you kind of get close to what Bear’s Den was handing the audience on a silver platter. Definitely folky and indie, there were also elements of rock and soul and blues all wrapped up in their truly stunning presentation.

Beyond the beauty of their music, there was something infectious about the members of Bear’s Den’s energy. As soon as they made their way from the green room up the four or five stairs to the stage, you could feel a positive sense of energy sweep over the crowd. There was something to genuine about their performance and I know I’ve been saying it a lot but it never gets old to watch a band where you can feel the music, not just hear it and that’s exactly what Bear’s Den gave the audience. Being a musician is a full time job for some of these people so I definitely get seeing a band that is just going through the motions because, well, it’s just a full time job to them. That being said, being able to see a band that still finds the creativity in the art of music and can still thoroughly enjoy performing for new people night after night is something that I wish I got every night. Bear’s Den’s music may have not been my typical thing but they had me falling in love with every single word and note just because of their energy and the passion.

There were moments of excitement last night as the crowd cheered wildly for the musicians on stage and also moments of complete silence (not kidding, there were even signs at the bar that they wouldn’t be serving at certain points during the set because Bear’s Den wanted complete silence and that’s just what they got). Much like my day, the concert had highs and lows but instead of me ending up a ball of stress and anxiety, the concert let me end my day cool, calm, and as collected as I can possibly be.

Go on a walk, read a book, have some tea or go to a show. I don’t care what you do just don’t let a weird or bad day get the best of you. Don’t let the stress and tension of living in this world take you over. Find your release… find your concert.