But Who’s Going To Save A Little Light For Me? 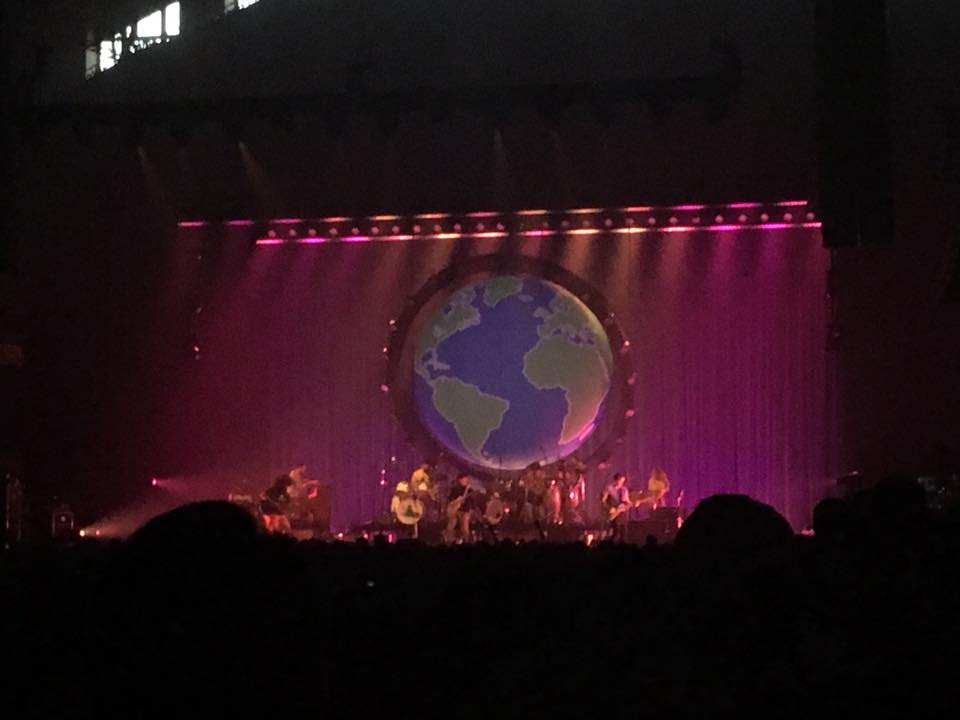 My favorite singer of all time was in town last night. Sure, I got to see Ben Nichols (singer of Lucero) on Saturday at a little benefit thing in Northeast Minneapolis which was beyond perfect but he was also playing at The Turf Club in Saint Paul last night and, being my ride or die as far as music goes, I never thought about missing it… until Vampire Weekend announced a show on the same night. It wasn’t easy for me to miss out on a night full of feelings from Ben but it was also not easy for me to pass up finally crossing Vampire Weekend off my ever dwindling bucketlist. I literally tossed a coin. Heads- Vampire Weekend. Tails- Ben Nichols…. Heads. Well, my decision was made. My friend and I were excited as we pre-gamed a little bit for the show speculating what the setlist would look like in between handfuls of Flamin’ Hot Cheetos and swigs of wine. Eventually my worry of choosing the wrong show faded and as soon as the band blasted onto the stage I knew that I was right where I was supposed to be and that Ben Nichols would forgive me.

Opening up for Vampire Weekend was California based Chicano Batman. Their unique brand of psychedelic drenched indie rock music instantly swept over the packed audience in the best way possible. With a chill tone while still having an undeniable sense of energy about them, this group powered through their set with a sense of authority. Although the audience may not have been there to see them (okay, let’s be honest… we were all there for Vampire Weekend’s first Minneapolis show in over five years), Chicano Batman’s music and presence somehow made you pay attention to them as if they were the headliners. They are not new to the scene and have actually been around since 2008 and have toured with some of the great including Jack White and have played legendary festivals like Coachella yet somehow I feel like this group just does not get the amount of appreciation they deserve. From their captivating live show to their truly unique sound, I’m hoping that this tour finally gives them the break that they are oh so deserving of.

Time flew by but I blame that on the anticipation of finally getting to see the one and only Vampire Weekend. In no time, they house lights that had replaced the darkness during Chicano Batman’s set were replaced with the stage lights showing of a giant globe and intricate light structure. Before I really had time to take it all in, Vampire Weekend took the stage and catapulted the audience into a lengthy set full of nostalgic sounds, new songs, and a hell of a lot of energy.

Where to even begin with Vampire Weekend. They are one of those bands with such a distinct sound that it’s hard not to fall in love with them and hearing that sound live is enough to leave you stunned. Vocalist Ezra Koenig has one of the oddest voices ever but also one of the most perfect ones. The way he hits the highest of high notes with a sense of easy and the way he enunciates each word without over doing it is something that many vocalists can only strives to do. Add the world music instrumentation that typically stays behind Ezra’s voice and the all over fun-loving indie rock vibe and you are left with a sound that is so unique and so fun that you can’t help but dance along to the infectious beats.

You are also left with a sound that, in my mind, there was no way the band could make it happen live but within the first couple of seconds of their opening song “Bambina”, I was proved wrong. Somehow every single note hit just like it does on their recordings leaving everyone in the nearly sold out (hell, let’s go ahead and call it sold out) show with a flawless set full of their favorite songs and then some. The band has four albums out including ‘Father of the Bride’ which just came out earlier this year. There was no way they could play every song from their discography (although I don’t think you would have gotten a single complaint if they had) but they did a great job of playing a little bit of everything including a couple of fan requests from the crowd during the seven song encore. I’ll be honest, I couldn’t sing along to all of the songs and some of the requests seemed a bit obscure but that didn’t stop me or anyone else around me from treating Sunday night like a Friday night and having the time of our lives.

Last night’s show was one of those shows where I just lost track of time. I was a little shocked when my friend and I loaded into the Uber and realized just how late it was. Even though Vampire Weekend played twenty-eight songs and spent nearly two hours on stage treating the audience to everything they had, it wasn’t enough for me. I may have never seen them before last night but they instantly turned into one of my favorite live bands. I truly hope the band doesn’t wait another five years to come back to the Twin Cities.

I had to make a choice last night between my favorite vocalist of all time or a bucketlist band. It wasn’t an easy one and I will always wonder just how amazing Ben Nichols’ set was but I had an absolutely amazing time with Vampire Weekend and regret nothing.

Spotted Flying Through The Air- Drinks

Show on Deck- New Kids on the Block