An Interview With Nolan Gardner of Two Good Eyes 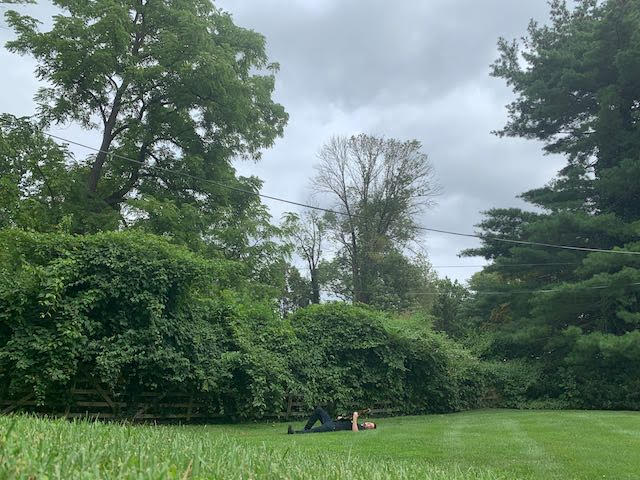 I fell in love with Two Good Eyes when I first listened to “Prolly Not”. Although this is only the first single from the band, it had me intrigued and impressed. Unfortunately, they didn’t have anything else for me to check out music-wise so I did the next best thing and had a little chat with Nolan Gardner from the band!

Everyone says that every crowd is their favorite but, what city has the best audience and why is it Minneapolis?
Well, we’ve never played Minneapolis, but I would guess it has something to do with the uber cold winters there. Rock shows are a great way to get together with a bunch of people, move around and get the body heat going!

I know you’re in Philadelphia so which member of “It’s Always Sunny in Philadelphia” do you feel like you relate to the most?
I’ve been compared to Charlie before and it is hard for me to disagree. We are both spazzy and hard to predict.

What’s your go-to coffee order?
Call me a child, but I’ll take a good hot chocolate over a cup of coffee any day.

Did Matt Skiba help or hurt Blink 182? Or, if you have no opinion, that’s fine too (although I’ll absolutely be judging you)!
I have not seen Blink 182 live, but Enema of the State is my favorite record of theirs and Matt wasn’t around for that…

Are you okay with unconventional interview questions?
Bring em on! You haven’t even asked about my favorite noodle shape of Mac n cheese. (It’s shells by the way. They pick up the sauce nicely and are great for placing on the tips of your fingers)

What’s the most awkward date you’ve ever been on?
I’ve been on a few, but a stand-out is definitely this one Tinder date when I was in college. We met for pizza and I was immediately bored with this person. She just couldn’t hold a conversation with me so I texted my roommate to come meet up with us at a jazz club. I told her my roommate was coming thinking she would probably decide to go home, but she didn’t take the hint. We went to see some awesome jazz and she just sat there quietly for the rest of the night.

What’s the worst concert you’ve ever been to and why?
This is a hot take, but my dad and I walked out on a Bob Dylan concert once. He’s a great lyricist, but I don’t love his music and at this point, he just mumbles on stage.

Favorite lyrics of all time?
This is a hard one, but I really love that line in “The Last Polka” by Ben Fold Five, “Well I hate that it’s come to this, but baby I was doing fine. How do you think that I survived the other 25 before you?” Especially having just turned 25 this year, it really hit me hard!

If you were to rob a bank, what would be the song playing in the getaway car as you escape?
“Takin’ Care of Business” by Bachman Turner Overdrive or maybe “Basket Case” by Green Day

What’s the best concert you’ve ever been to?
I’m going to give a couple answers for this one. The best Arena show is definitely Paul McCartney at Citizen Bank Park in Philly. I am an enormous Beatles dork, and nothing can exceed hearing those songs played live by the dude who wrote them. I also love Wings! Plus his band and stage production are outrageous. However, I generally prefer small club shows. In that category NYC-based hard rock trio, Holy Vulture takes the cake. I’ve seen them probably twenty times now and they never disappoint. I’ll never forget the first time I saw them at the Knitting Factory in Brooklyn. My jaw was on the floor.

Where were you when you wrote “Prolly Not”?
In my apartment in Philadelphia.

What’s one thing I should know before listening to “Prolly Not”?
It’s based on truth, and anyone who knows me even a little bit knows who this song is written about. This is also the most straight up and down pop/punk tune of ours. Most of our other songs have a bit more going on musically.

Right now, “Prolly Not” is just a single– can we expect a full length or EP anytime soon?
Absolutely! Since the beginning of the pandemic, we have been recording an all-analog LP that is almost finished. We are shooting for an early 2022 release.

I’m already counting down the days until that all-analog LP drops early next year. In the meantime, I guess I’ll just have to listen to “Prolly Not” on repeat. Make sure to check out this amazing track (link below) and be sure to give Two Good Eyes some love on their socials (links also below)!