Never Look Back Never Give Up 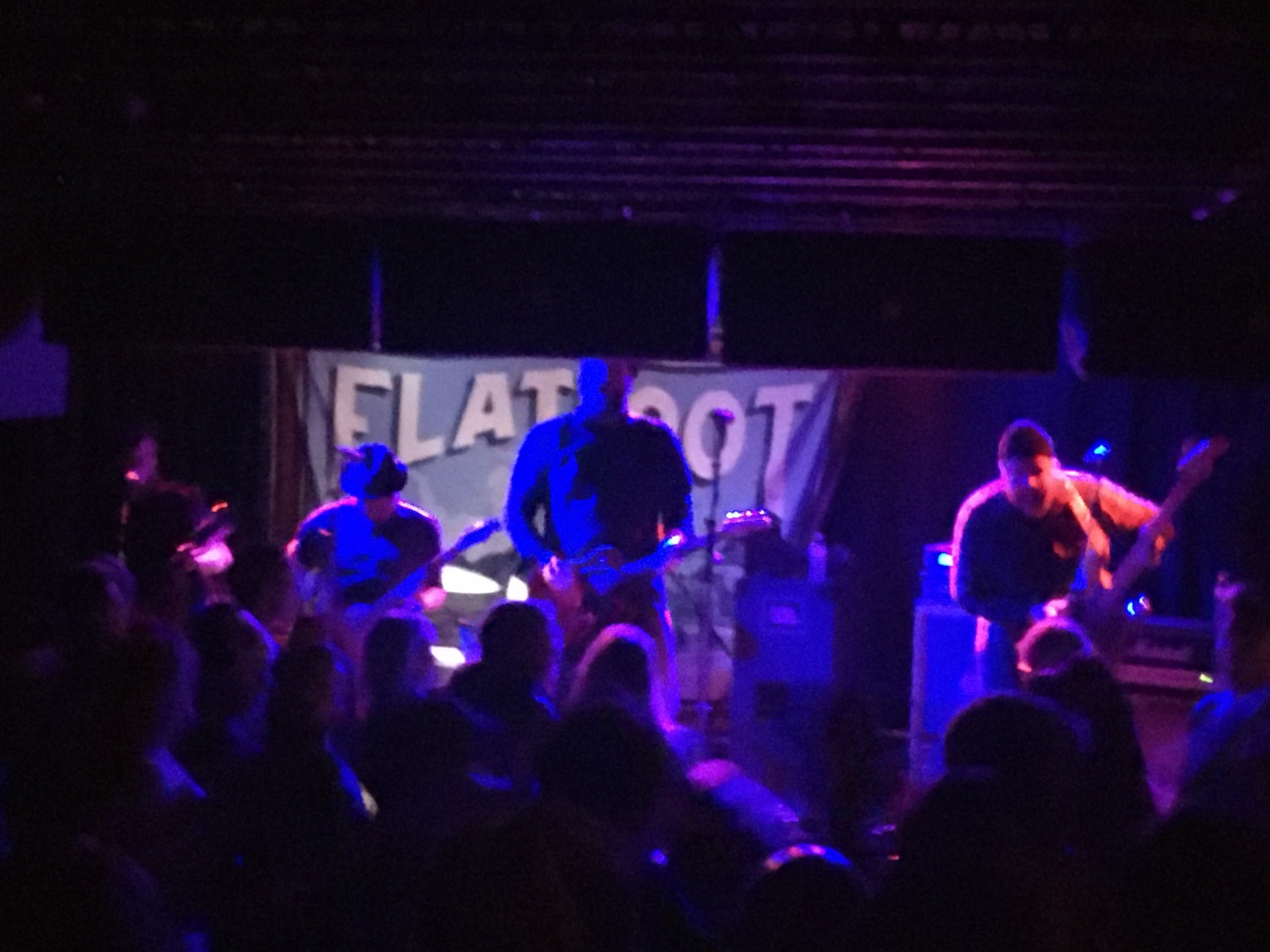 I’m not going to say that I conned my friend into going to the show last night but I will say that I didn’t give her a chance to check out the bands online prior to the show. She wanted to hang out and I knew that it was going to be a great show even though it wasn’t her typical cup of tea. That’s the thing about live music, even if the actual music isn’t for you, the atmosphere and the vibe could be something unforgettable and that’s exactly what last night was. So no, I didn’t con her into the show but definitely tricked her a little bit into going to an Celtic punk show. I have no regrets and honestly, I don’t think she does either.

The Langer’s Ball got things started. I had seen their name before (it’s too close to my actual name to really ignore) but had never really made it a point to go out and see them. What a shame. The Langer’s Ball music focused more on the traditional Celtic sound than the punk sound that was to come for the rest of the night but it was the perfect opening soundtrack to a pretty perfect night. With just Michael Sturm on guitars, lead vocals, and a single bass drum and then Hannah Rediske switching between an accordion and pennywhistle while doing back up vocals, The Langer’s Ball’s music seemed stripped down but also perfect. With lyrics that typically came back to the words “drinking” or “whiskey”, they definitely fit the vibe of the night perfectly and created a fun party atmosphere that made it impossible to just stand there. Their music forced you to dance and, on a Saturday night, it was exactly what I needed.

Following The Langer’s Ball’s more traditional folkpunk set was the more straight up punk sound of New Rocket Union. The last time I saw New Rocket Union was back in April of 2018 when they opened up for The Lillingtons. If I’m being I honest, I remember liking them more than the headliner that night so I was excited as the local duo took the stage and jumped into a quick but impressive set. My favorite thing about this group is the amount of power they have even though they are just a duo. I remember walking into them playing their set that fateful night a couple of years ago. I would have been willing to put money on the fact that they were a full band so I was more than impressed to realized it was just a duo. That feeling was alive and well last night and as I stood there with my drink just taking it all in, I couldn’t help but fall head over heels for these guys yet again. Maybe it was the drinks catching up with my or maybe just the fun-loving atmosphere of the show but it seemed like New Rocket Union was only on stage for a couple of songs and when they announced that they were playing their last song (which was a flawless cover of Stiff Little Fingers’ “Breakout”) I was a bit bummed and wished they would have had some more time on stage.

Closing out the night was the one and only Flatfoot 56. I don’t remember the last time I saw these guys but I do remember it was when I was still in high school because I took my entire bagpipe club with me (yes, that’s right, I was in a bagpipe club and yes, that’s right, I play bagpipes). Back in the day I thought that Flogging Molly and Dropkick Murphy’s were the only bands that had bagpipes and I remember just standing there watching Flatfoot 56 and thinking, “Dang, this is a thing, and it’s a thing that I absolutely love and need more of!”. Well, last night was my chance to get more of it and although many years have passed since seeing them last, it seems as if nothing has changed.

The band took the stage and the audience instantly went into a fury. Not a violent metalhead type furry, more like a drunken dance party type of fury. Flatfoot 56’s set seemed lengthy but it also seemed to short. Although it seemed like they played every song that the fans in the audience wanted to hear, it was clear that the audience wanted so much more. It was one of those sets that, even if you didn’t know the music or had never heard of Flatfoot 56 before, you were having a good time and you honestly never wanted it to end. There was a sense of fun that radiated off the stage but also a sense of perfection. Sure, there were plenty of joked cracked and vocalist Tobin Bawinkel apologized about a million and three times for pretty much ignoring the Twin Cities over the past couple of years (these guys are from Chicago so really they had no excuse to wait so long to come up here) but you could easily tell that this band takes their music seriously and performed each song flawlessly.

Flatfoot 56 could have just played the same set a couple times through and I don’t think you would have heard a single complaint from anyone in the audience. It was just one of those nights that you never wanted to end. Even my friend who I had low key tricked into coming to the show was having the time of her life and dancing to the infectious beats with a giant smile on her face.

Shows have been a little few and far between lately just due to bands not wanting to come to the frozen tundra that is Minnesota in January but at least the shows I have been to lately have been absolutely amazing and last night was no exception.

Average Age of the Crowd- 31

Passed Out Drunkards- None Witnessed

Show on Deck- Atmosphere/ The