It’s Just A Drop In The Ocean 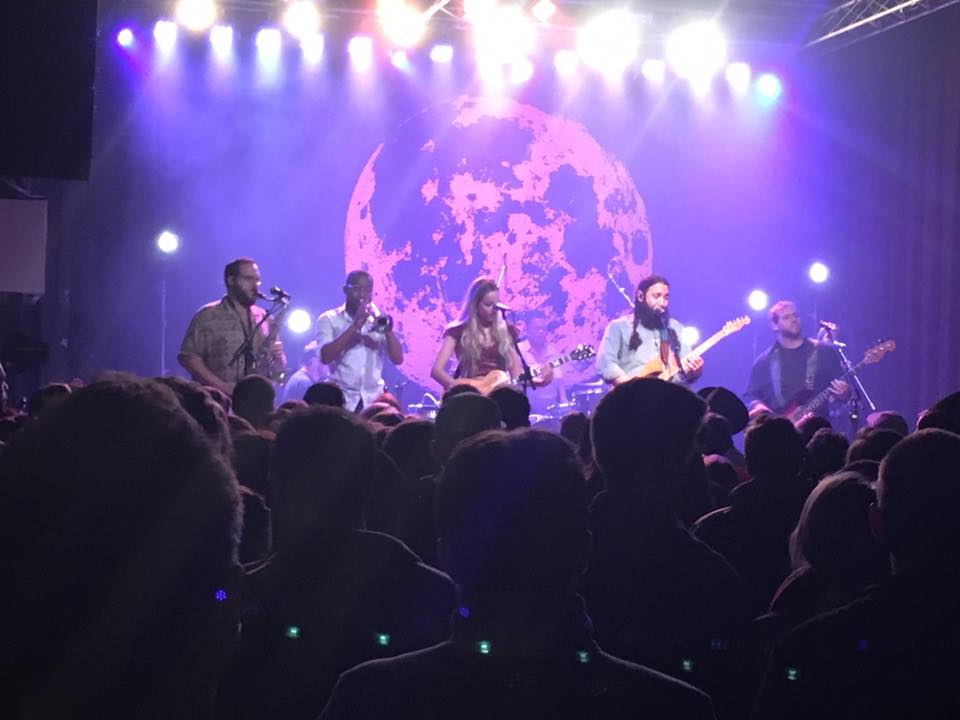 I was going through show withdrawals. My apologies to everyone I have interacted with over the past nearly two weeks. I could tell I was going through withdrawals but the stress of my impending move to a townhome (and the handing over of more money than I would ever want to fork over that comes with the purchase) has had me spending more time on the couch than anywhere else. I’ve said it before and this surely won’t be the last time but I needed a show. I didn’t care what show– just a show. That’s how I found myself at the Ron Pope show at The Fine Line on Wednesday night and, although I was walking in blind as to what a Ron Pope was, I was just ecstatic to be out of the house and at a show.

Caroline Spence was the sole opening act but honestly there wouldn’t have been room for more. Between her personality and beautiful music, it’s almost a wonder how she isn’t headlining her own tour at this point and it was seriously a bold move for Ron Pope to have such a stunning opening act. I was instantly captivated by her personality. “I hope you like dad jokes!” Thankfully, it was clear that the surprisingly large (I only say surprisingly because the weather was quickly turning from a sleet-ish rain to snow which typically has people hunkered down) was all about the dad jokes and it set a tone for an entertaining yet heartbreaking performance.

The stark difference between Caroline’s bubbly personality and her dark and twisty music was my favorite thing about her. She could go from joking about how she was dressed as “an art techer in New Mexico in the fall” and then sing a heartbreaking original song about love and love lost. She spoke about music being her outlet for the depression and anxiety that she holds within and, although that is said more often than not these days as people try to bring mental health to the forefront, there was something so painfully genuine about her saying it that it was impossible to not just get lost in her words and strumming guitar parts. Caroline Spence isn’t new to the music scene but she is new to me and I am so very excited to dig into her three album discography and learn a bit more about the brilliant woman and musician.

I had gotten what I needed from Caroline’s set. The feeling of a concert and words that made me forget every stresser in my life but my night wasn’t done yet and we still had headliner Ron Pope. I had never heard of Ron Pope but a quick glance at his discography prior to the show told me everything I needed to know. Over a dozen albums out since 2007 makes Ron Pope arguably one of the hardest working musicians out there. Beyond his clear work ethic is his talent. As I stood there and watched him and his band power through a their nearly twenty song set, it was clear that there is nothing this guy can’t do.

The soundtrack of the night seamlessly moved from funk to country to rock to indie all in the blink of an eye which kept it refreshing. I may have never heard Ron Pope’s music prior to the show but I found elements in every single one of his songs that I absolutely love. Mostly upbeat but with no shortage of passion, Ron and his band could have graced that stage for hours on end and I think I would still want more from them as to find all of the elements hidden throughout his music. Even the couple of covers he did (“Tiny Dancer” by Elton John and “Landslide” by Fleetwood Mac) were so completely his stylistically that I struggle to call them cover songs.

The music and the atmosphere was great throughout Ron’s set but it was the fact that he took the time to introduce every single one of his band members with a quick story about their friendship prior to introducing himself was one of my favorite things about his set. Caroline spoke briefly about how nice of a guy that Ron was between some of her songs but those were just to words to me. The way he took the time to give each one of his talented musicians the spotlight more than once put those words in action for me and added to my love for this man.

The audience was attentive and polite as to not ruin anyone’s experience at the show but there was also a sense of rowdiness that seeme to be hidden under the calming vibe. Each song was followed by a roar of applause and a couple hoots and hollars before the audience fell still just in time for the next song. I am clearly late to the Ron Pope party but it made be beyond happy to see that so many people have already gotten behind him and clearly follow his every move. I’m pretty sure I was the only person in the Fine Line that wasn’t quietly but passionatly singing along to every word. Usually that irks me a bit and makes me feel left out but there was something different about it last night that had me feeling like a part of something and that feeling was the perfect ending to a perfect night.

I didn’t know what a Ron Pope was walking into the show last night but I definitely know now and I honestly don’t know how I went so long without him, his band, and his music in my life. What a truly amazing show.

Average Age of the Crowd- 36

Passed Out Drunkards- None Witnessed