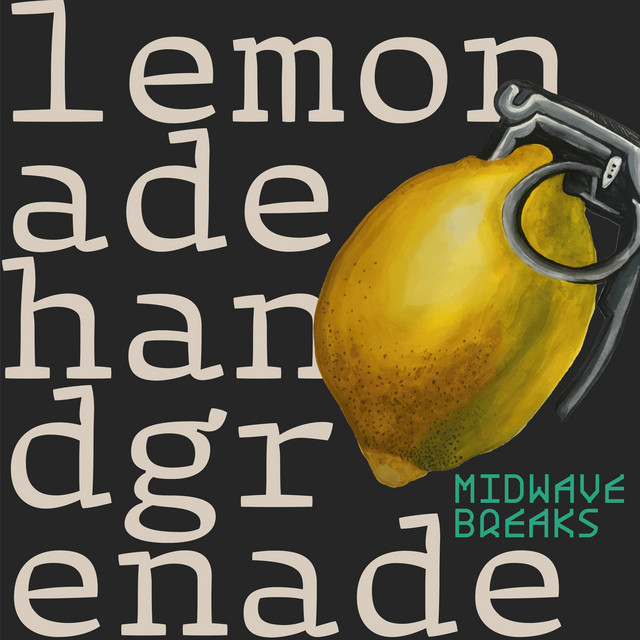 I have no witty intro or any deep thoughts right now. It’s almost the weekend. We’ve almost made it! So let’s celebrate by checking out ‘Lemonade Hand Grenade’ from Midwave Breaks.

“Lemonade Hand Grenade” starts this quick three-song EP and I instantly hated the fact that this EP is only three songs long. There’s so much passion in this opening track that it’s quite staggering to be quite honest. There’s a little southern drawl in the words which, although not a country fan, I have always been a sucker for. Interesting instrumentation swirls around these emotionally charged vocals in such a stunning way. I’ll be honest, this track verges into a world of “commercial rock” that I typically don’t fall for but something about the way that Midwave Breaks does it had me falling for every single word of this opening track.

The undeniable power in “Lemonade Hand Grenade” continues into “When Something Inside Us Blows” but it takes a different form. This track is calmer at face value but the power and emotion that comes from the words are still staggering. This is a super sweet song that shows a tender and loving side of Midwave Breaks. I know that I’ve already complained about this EP being only three songs but hearing this song just really added to my frustration on the lack of material. Being able to see such a starkly different side of this band already had me wanting to hear oh so much more and, no matter how amazing the final track of this EP is, it’s not going to be enough. I already know that. The vocals really stand out on this track as the instrumentation is fairly minimal compared to the opening song. Even though everything about this song is great, it’s the vocals that really stood out and filled my soul with a sense of love and comfort.

“The Fine Line Between the Shadow and the Sun” is the shortest track on this already short EP at under three minutes but that doesn’t keep it from packing a punch as the other tracks did. This song is definitely a bit more of that “commercial rock” sound like “Lemonade Hand Grenade” was but there’s something almost electronic about this one that I found absolutely infectious. Think Imagine Dragons (and if that gives you a bad taste in your mouth, well, get over it). Like Imagine Dragons, Midwave Breaks is bending genres and creating their own sound while giving you something familiar. This is heard loud and clear throughout this final track. Although it focuses more on the instrumentation as the vocals are few and far between in this song, I loved how this track just gave you another side of this multi-faceted band.

As soon as that first song hit and I realized I was only going to get three songs out of this EP, I was bummed. Having now listened to this full EP, I’m a bit frustrated but also satisfied at the same time. I want to hear so much more from this band but am also so thankful to have seen so many sides of this talented group during the past ten minutes that I have spent with them.

For Fans Of: Power; Radio-Friendly Rock With Passion

What My Cats Thought Of It: Artie slept next to my desk; Autumn slept upstairs