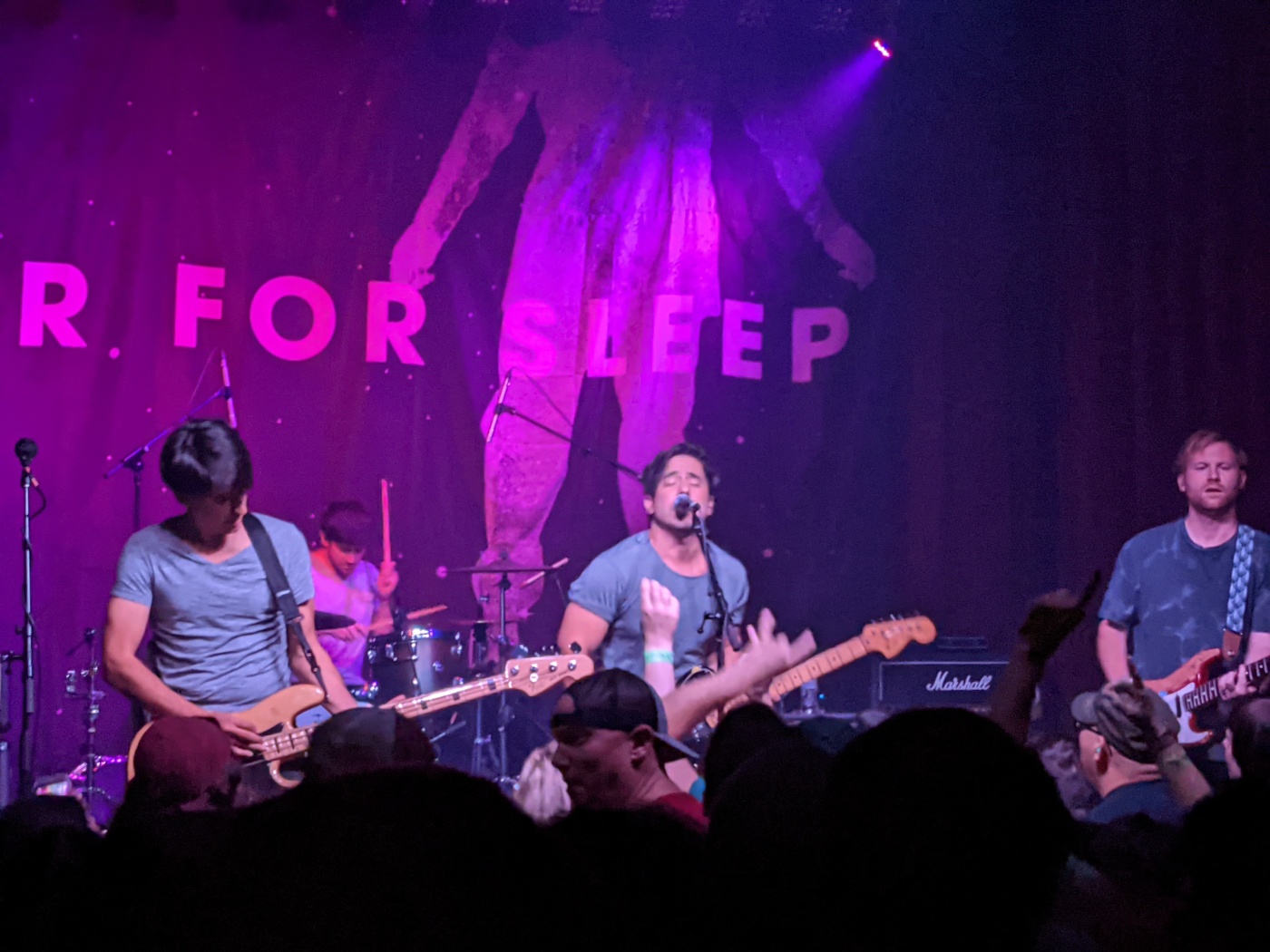 My Saturday day at Dual Citizen Brewing Company for their Blocktoberfest was absolutely amazing but the concert gods had more in store for me. I made it to The Fine Line just in time to catch the banger of a show that was happening there and although all of the acts at Blocktoberfest were amazing, Saturday night’s show was the icing on the cake and could be in the running for the show of the year if I’m being quite honest.

As I walked into The Fine Line, I was greeted by the sweet sounds of Silence of You. Okay, maybe “sweet sounds” is a strange phrase to use for this heavy-hitting band but you get what I mean. This band wasn’t holding back and I instantly fell in love with them. Their relentless energy and sonic power hit me like a ton of bricks and I instantly wished I had left Blocktoberfest just a little bit sooner so I could have caught more. Although I only caught a couple of songs from this opening band, they left a lasting impression on me. There was something so raw and so honest about their performance. This is absolutely a band I have my eyes on.

Following a quick stage changeover, it was time for Never Loved. Like Silence of You, I knew nothing about this act when walking into the show but instantly fell in love. Never Loved’s sound is pure nostalgia. It’s pop-punk perfection at its finest while not feeling dated. Although I was unprepared and couldn’t sing along to their tracks, there were a handful of people that were able to, and that just added a little special sauce to the night. There’s a connection between this band and their fans that I now want to be a part of and I plan on spending the rest of my day today digging into their music and falling even deeper in love with this upcoming band.

The main reason for my excitement on Saturday was the headliner of this show- Armor For Sleep. It has been over a decade since I’ve had the chance to see this band but they are one of my fallbacks. No matter what my mood, they are a band I can turn to to either calm me down or pump me up. Their lyrics have been ringing in my head since I was an angsty teenager and to hear and see them perform those songs that hit me so hard as a troubled youth was an absolute dream come true.

Armor For Sleep released ‘What To Do When You Are Dead’ 16 years ago but, due to the pandemic wreaking havoc on the touring world last year, they are just now hitting the road to celebrate fifteen years of this stellar album. As soon as I heard those first few notes of “One Last Regret”, I lost it and so many memories came flooding back into my mind. Although it has been years since I’ve actually sat down and listened to the twelve-track album in it’s entirety, all of the words instantly flooded back to me and I found myself screaming along to every single word like my life depended on it. I wasn’t the only one doing it. The entire audience was reliving their youth and showing praise for this highly influential band in the only way we all knew how– singing along with all of our hearts.

Armor For Sleep’s set was a bit of a blur for me just due to the haze of emotion and nostalgia I found myself in but there are a few moments that really stuck out to me. I met up with a friend that I hadn’t seen in years at this show and he introduced me to one of his other friends. I had never met this woman before in my life but there were moments throughout the show where we were gripping each other’s arms as we sang with all of our might. There was an unspoken connection that only comes from a mutual love and adoration for music and it was truly a magical moment in an absolutely beautiful night.

Obviously, just playing the one album in it’s entirety was not going to be enough for the devoted fanbase that had come out to this show so, after a quick break at the end of the album, Armor For Sleep came back out and treated the excited audience with five more tracks ending with a personal favorite of mine (and clearly the rest of the audience’s) “Dream To Make Believe”. Them throwing in a few older jams really just capped the night off in a beautiful way and although I don’t think anyone who was in attendance wanted the night to end, I think it’s safe to say that we all left completely satisfied.

I wish I had more details to fill in here to really give you the full picture of what Armor For Sleep’s set was like but, as I mentioned, I was just so lost in the moment. Was there mascara running down my face when I finally got back to my car at the end of the night? Absolutely. Do I really care? Absolutely not. Nostalgia is a hell of a drug and seeing a band that had such a lasting impression on you as a person is a hell of a way to spend a Saturday night.
Thank you for everything, Armor For Sleep. Let’s not wait over a decade before doing this again!

Average Age of the Crowd: 30

Spotted Flying Through The Air- 1 Drink

Idiots Taken Out By Security- None Witness

Armor For Sleep- at least 3 but that was back in Des Moines, IA when I was an angsty teenager