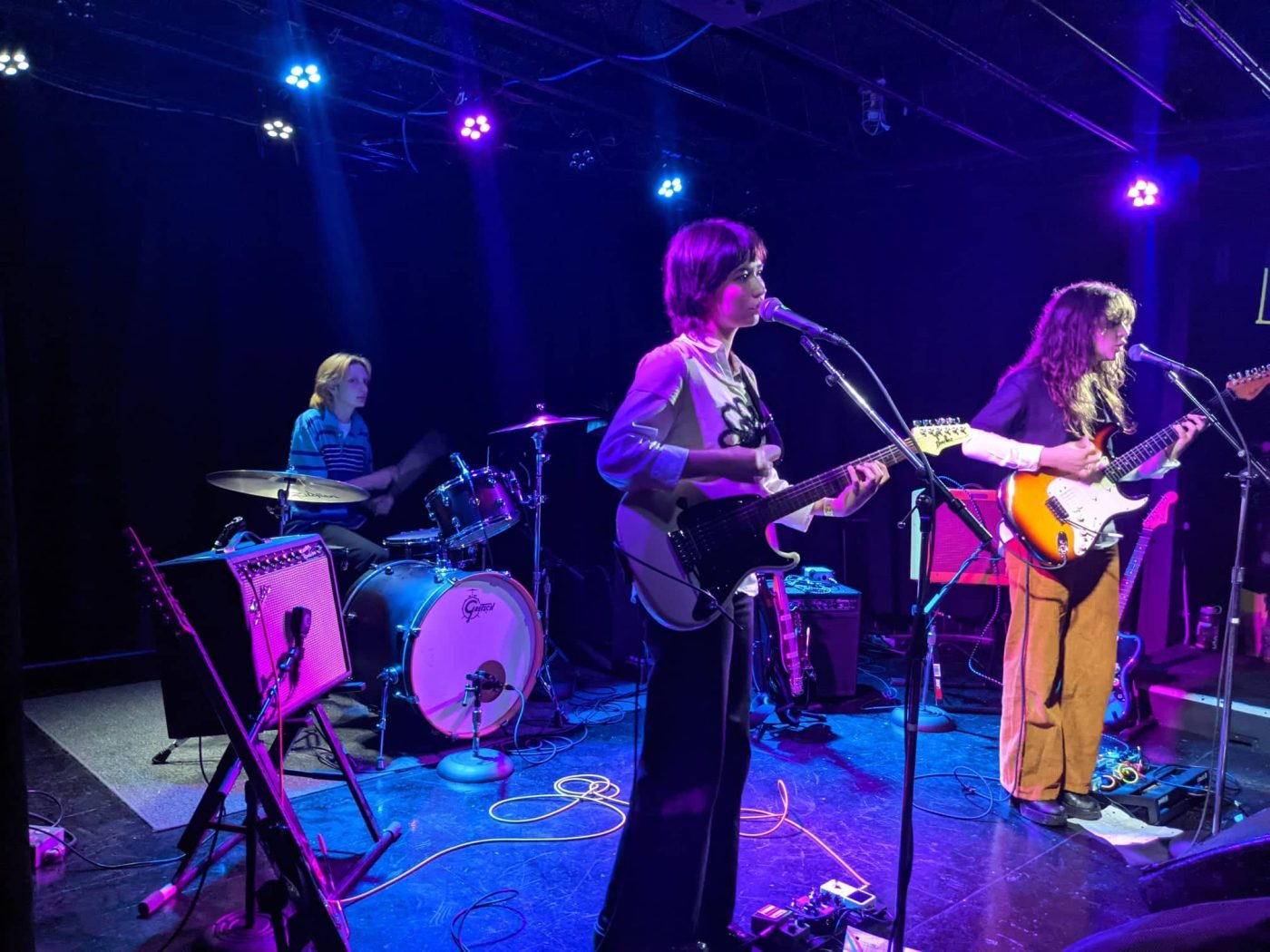 I can not find the right words to describe how amazing last night was. It had been over 400 days since the last time I stepped foot in First Avenue and 7th Street Entry but that streak came to a screeching halt last night and I couldn’t be more thankful. Just parking in my parking lot and making the two-block walk to the club and then seeing the familiar faces of security– I just can not find the words to describe the weight that I felt lift off of me as I stepped into the familiar surroundings. But I digress– you’re here to hear about the show, not about my emotional breakdown that happened as I drove home or how there were points throughout the evening where it took all my strength to not just break down and cry while leaning against the sidewall of the entry– let’s talk about the show!

Kicking the night off right at 8 PM was local band Harlow. I was instantly in love with their hazy dream-pop sound. Although it was much calmer than my Red Bull-fueled self wanted, it was absolutely gorgeous and, within just a couple of songs, I had settled into their calming vibes. With two vocals that came together perfectly to create a goose-bump-inducing harmony and a steady yet muffled drum beat, this band had the entire room captivated. There was a lot of attention to detail in Harlow’s set that has me willing to put money on the fact that they will be one of the next bands to break out of this scene. Although not super apparent, the tender violin parts brought a beautiful feeling of depth to the music to the way the snare drum was dampened by a piece of cloth, this band may be young but they know what they are doing. Sure, not quite my scene but I have my eyes on these guys and will gladly go see them live again.

Catbath is one of those bands that I have heard the name of time and time again but had never had a chance to catch live. That changed last night and within the first song, I was kicking myself for not seeing them sooner. Before they jumped into their set, the band warned the audience that they should probably put some earplugs in because, although Harlow was great, Catbath is a bit more in your face. That statement was the understatement of the evening. They blasted into a quick and powerful set full of everything from catchy beats to primal yells. Catbath’s music is all over the place stylistically in all of the right ways. It had the young crowd moving and grooving while still respecting the fact that the other two acts of the night were a bit more subdued. Somehow they kept their garage-rock sound and vibe accessible but it just made me want to see them in a line-up that was more up their alley. I couldn’t tell if they held back at all last night just due to the full line-up or not but I’m intrigued and can not wait to catch this band again.

Headlining Thursday night’s show at The 7th Street Entry was Chicago-based Horsegirl. I’ll be honest, I had never heard of this band prior to last night’s show so I was intrigued to see if they would be more subdued like Harlow or more in your face like Catbath. As the young trio took the stage, I made the assumption that this would be a bit more of a calming closing set and I was dead on with that. Their music is dreamy, soft, and sweet. It honestly matched the personalities of the band members. These guys are young, like really young, and they seemed a bit nervous and shy on stage. That mood drifted through the dark venue and brought a sense of innocence over the audience that I think was appreciated by all. Sure, it was nice to get back to a show and be around people again but I think we are all still just in a bit of a recovery mood after what all has gone down over the past year so it was nice to have some time in the familiar space to just breathe and drift away. Part of me wishes there would have been a bit more energy from this band but, looking back on it, it was a perfect way to close out a perfect evening.

There were so many moments and so many quotes from last night that had me smiling from ear to ear. From a comment from Catbath mentioning that now was the time to lick the floor of the Entry because it’s the cleanest it will ever be again to just seeing people dancing together and being close– last night was everything I could have asked for and I am so excited to have this feeling again.

Passed Out People- None Witnessed