‘Cause I Got High Hopes 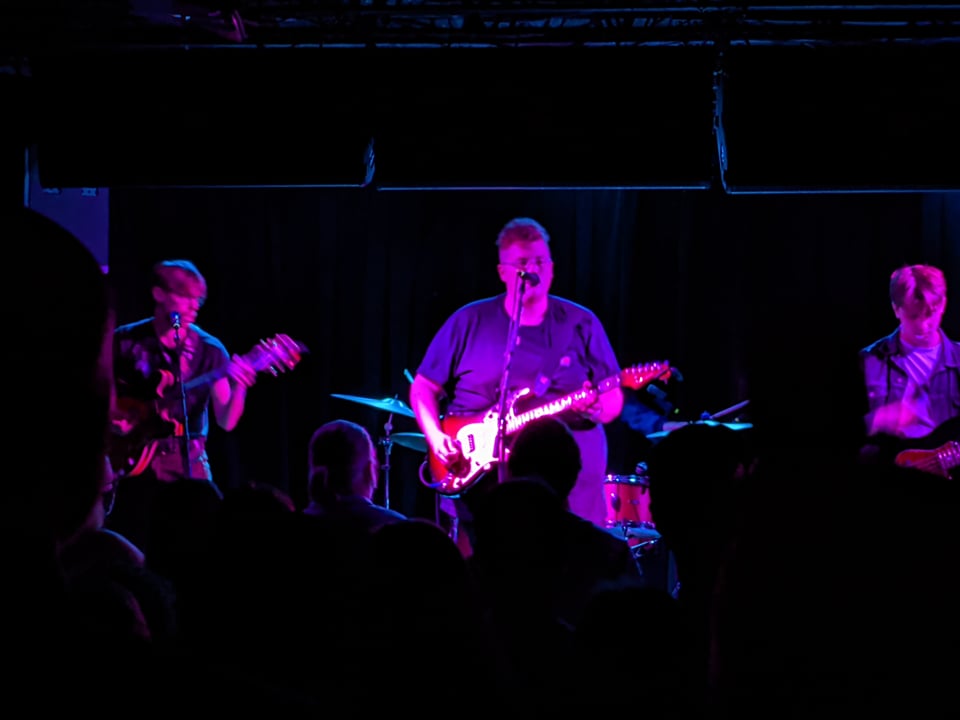 A Day To Remember was in town on Monday night. They are one of my favorites but I wasn’t there. It takes a lot for me to miss such a great live band and that “a lot” was the one and only Michigander.

Darryl Rahn got the amazing Monday night show started with his calming acoustic singer-songwriter music. Although he looks young, Darryl came off as a seasoned professional as he strummed through his all-too-quick opening set. Every song came with an undeniable sense of heart and passion that the crowd was quick to pick up on. When explaining that it was his first time in Minnesota, one of the audience members shouted out “Oh fer cute!” which Darryl was quick to proclaim should be on a shirt. His sense of humor was felt between every track which I super appreciated. I tend to find that singer-songwriters can take things a bit too seriously but moments like that kept Darryl’s set light-hearted while he delivered every word with a sense of emotion and passion. Sure, it was this New Yorker’s first time in Minnesota but I don’t think I’m the only person praying that it won’t be his last.

Stay Outside took the stage right after Darryl and, like Darryl, they stated that it was their first time in Minneapolis. Switching the mood completely, this band took the stage and absolutely took control of the audience within just a few notes. An undeniable sense of power while keeping passion and emotion in the spotlight, Stay Outside had me sold within seconds. Their music is a little Glorious Sons mixed with a little of The Front Bottoms. There was something tender about some of the word choices but the presentation came with an explosion of power and energy. I couldn’t tell you what songs these guys played or if they are even new or old tracks but I can tell you that I plan on spending the majority of my day playing their new EP ‘If All Goes Well’ on repeat while trying to relive their amazing set from Monday night. I’ll also be praying to the concert Gods that like Darryl Rahn, they come back sooner rather than later.

Although the two openers were great, they were not the reason I chose to skip out on the almighty A Day To Remember. Following a quick stage changeover, the reason took the stage, and any worry that I had chosen the wrong show for my Monday night fell to the wayside. Where do I even start with the one and only Michigander? I stumbled across this band when they opened for Flint Eastwood back in April of 2017 (how has it been that long and where has the time gone?!). Since then, I have had the honor of catching Michigander multiple times and, like a fine wine, they seem to just get better and better with age.

The first couple of times I caught Michigander, nobody really knew who he was. My friend will never let me forget the time that I had her all stressed out about buying a ticket for one of his shows in town because I swore it was going to sell out. She got to the door and didn’t even have to say her name. She started saying that she bought a ticket online and the door guy explained that he knew exactly who she was because she was the only one that bought a ticket in advance. Okay, my bad, but I saw the potential in Michigander and, in my mind, they deserve to play in front of a sold-out audience every single night. Last night wasn’t sold out but it was packed and that made my heart so stinking full of love. Being able to see a band grow so exponentially in such a short period of time is one of my favorite things to experience with this nightly concert life that I’ve found myself living and the fact that the Michigander boys are just so genuinely amazing is the icing on the cake.

But I digress– you’re not here to hear about all of the past Michigander shows I’ve been at. You’re here to hear about Monday night’s performance and believe me when I tell you it was the best yet. Although I’ve always adored the passion that the entire band brings to the stage, it was the passion that radiated from the audience onto the stage on Monday night that truly made the concert what it was. Michigander’s music is real. Vocalist Jason Singer’s words are so real that it hurts. He sings about real-life issues and doesn’t sugarcoat them. Beyond that, you can literally feel the weight of each word with how he presents them which makes catching them live almost a bit overwhelming at times. Jason and his band somehow encourage you to feel all of the feelings as they play yet when you leave their show, you feel more than satisfied and full of love and life. It’s truly spectacular and something that not many bands can pull off but Michigander seems to pull off effortlessly.

Michigander’s set on Monday night was full of songs that have made it to the radio and other songs that are hidden gems from their discography. From dancy tracks that had the audience grooving along to slower sad songs where the audience was so silent I swear you could have heard a pin drop in the room had it not been for the music, there was something for everyone and Michigander really showed their versatility as a band.

Although the entire night was amazing, it was the moment when the band was playing “Saturday” and Jason sang the line “Well I heard my voice on the radio for the third time this week” and then gave the cutest (and quite possibly the cheesiest) smile to the audience. Oh, Jason and the rest of the Michigander boys, it was just a matter of time before your music hit the radio and you guys are all more than deserving of every second of airplay you get. I love the fact that this new found fame has changed nothing about this band. They still perform with the same amount of passion and heart as they did that first time I saw them opening up a show where they didn’t even make enough for a hotel so they had to drive straight home to Michigan from Minnesota after (Jason informed the crowd that that’s what “East Chicago, IN” is about).

Average Age of the Crowd: 25

Amount of Beer Spilled On Me While Walking Around- None