Just Wanna Be Good Enough For You 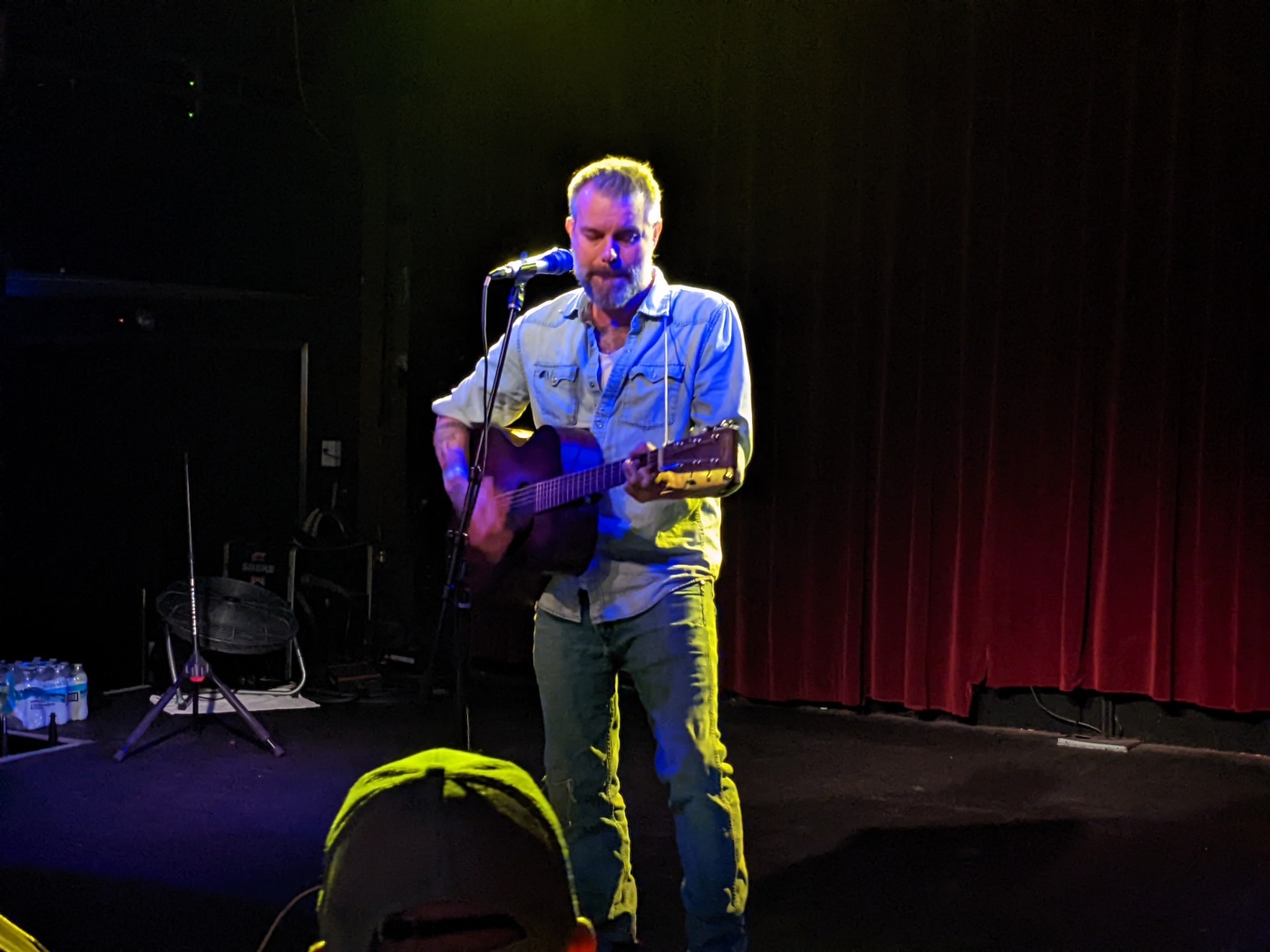 My weekend didn’t quite go as planned and it had me feeling a bit down. I’m not going to go super into details about it but it just really set the tone for my Saturday and Sunday. Even though it wasn’t going as planned, nothing was going to stop me from enjoying back-to-back shows from my favorite vocalist of all time, Ben Nichols.

Although Sunday night at The Fine Line was the “real show” that I was supposed to review from both opening act Todd May and headliner Ben Nichols, I can’t write about the magic that happened without mentioning the magic of Saturday. Saturday was at Grumpy’s NE. It’s a small bar in northeast Minneapolis with a huge heart and the location for the annual ‘Boom Boom! Out Goes Childhood Cancer’ event that raises funds for St. Jude Children’s Hospital and typically showcases Ben Nichols as a performer. It was a day full of amazing music from Chemistry Set, Alicia Corbett, Todd May, Monica La Plante, and, you guessed it, Ben Nichols. It’s an informal event that I never miss just due to the amount of love that flows throughout the small patch of land where it takes place. This is seriously always just such a great time and for a great cause.

I wish I could say that Ben was in rare form on Sunday night with the way that he had the audience roaring in laughter but that’s just him. From him asking the audience if he has ever gotten drunk and explained to them how he wrote “Hate and Jealousy” (which was quickly followed up by shouts of “yes” from the crowd and then another sip of whiskey from Ben) to admitting that the past two days had been “too much acoustic guitar to anyone” but continuing to applaud those who had taken part in the two-part extravaganza, it just felt like you were watching your best friend on stage and you guys were having private conversations between songs or snippets of songs. Although his music is serious and has truly gotten me through sone dark times that I thought there was no way out of, seeing Ben live is full of fun and laughs and just feels so perfectly informal in all of the right ways.

Day drinking and sun do not blend well for me so I really don’t remember much of what Ben played but he admitted that he was going to try and not play the same songs as he took the stage on Sunday night. He came prepared with a setlist but that quickly went out the window as the crowd started shouting out songs and he admitted that he really can’t even read the setlist without his glasses on. There’s no way Ben could have played all of the songs being shouted out to him but the ones that he did get to on Sunday were perfect. My personal favorites were “Hey Darlin’, Do You Gamble” and when he played his cover of Jawbreaker’s “Kiss the Bottle” (which he explained to the crowd that Jawbreaker is back together now so doesn’t that mean he doesn’t have to play this song anymore?). Although those two tracks were highlights for me, he could do no wrong on stage and the audience was shouting out some super solid suggestions leading to a truly fan-fueled set that had my heart soaring so high and my eyes low-key swelling up with tears. What can I say… seeing Ben Nichols (regardless of solo or band form) just has a way of affecting me in a very powerful way and both Saturday and Sunday were no different.

Although I was absolutely at both events because of Ben Nichols, I became an instant fan of Todd May who also played on both shows. Like Ben, Todd has a very honest way about his vocals and has a definite way with words as well. Although his songs seem to have a little bit more of a southern influence at times, I loved the way that every one of Todd’s songs had a different feeling attached to it. Sure, most of them were slow and sad acoustic songs but there were some that had a bit of a sharp tongue attached to them that really helped break up Todd’s sets. Ben was right– there was a lot of acoustic guitar for one weekend but the amount of heart that both he and Todd brought to the stage on both days made it fly by and left me wanting so much more.

Is this entire review kind of biased? Absolutely. There’s no hiding the importance of Ben Nichols and Lucero in my life. Hell, I have a giant tattoo on my arm devoted to this man and his band so, yes, this is a very biased review but I think if you asked anyone at either show how amazing the weekend was, you would get the same answer. Being at these events is like being part of a very large family and it’s a feeling that can make up for anything that may be plaguing your mind and heart leading me to a truly amazing weekend even though it didn’t quite go as planned.

Proceeds from both Saturday and $1 from each ticket sold on Sunday went straight to St. Jude which is a truly amazing organization. If you couldn’t make it out to either of the shows but still want to support the cause, here’s a quick link to donate to them: DONATE HERE!

Amount of Beer Spilled On Me While Walking Around- $0

Ben Nichols – I seriously have no clue anymore