Swaying To The Symphony Of Destruction 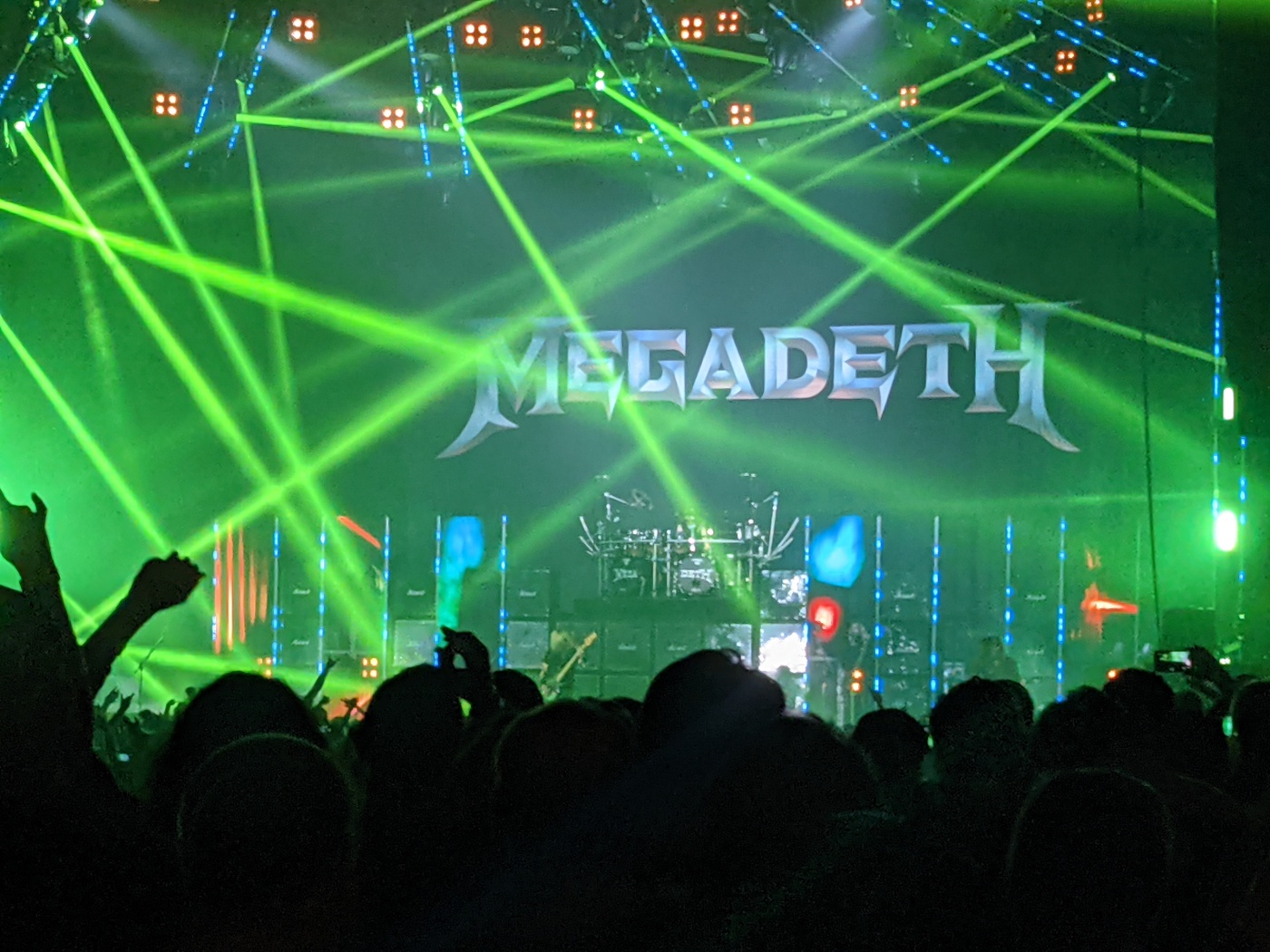 Although still recovering from the absolutely amazing trip I had to Punk Rock Bowling in Vegas, well, there’s no sleep for the wicked… right? One of the heavier tours to hit the road this year made an appearance at The Armory in Minneapolis on Tuesday night and who was I to miss it. I’ll be the first to admit, the line-up wasn’t full of bands that I listen to on a daily basis but it was full of bands that I have mad respect for so I somehow gathered the strength, pulled it together, and made it downtown just in time to catch the first of the four acts on the bill.

A personal favorite of mine, Hatebreed, was first up. Although I was a bit in a mood as I walked in just due to stress, exhaustion, and the fact that a giant spider had disappeared somewhere into my kitchen and I didn’t have the time to find it and spend minutes trying to figure out what to do with it (I absolutely despise spiders), it all melted away as the band took the stage just seconds after I walked into the enormous Armory. Vocalist Jamey Jasta mentioned that, as the opening band, Hatebreed’s job was to warm things up– get people moving and get those heads banging. To say they did that and then some would be an understatement. Hatebreed wasted no time jumping into a ten-track set that instantly set the sold-out audience on fire. From the first note of “Empty Promises” and until the final note of “I Will Be Heard” was left ringing in everyone’s ears, the audience had turned into one big, happy, sweaty mess. Hatebreed will always leave me stunned with the perfection and energy they bring to the stage and their performance on Tuesday night was no different. Their sound, albeit heavy and aggressive, was flawless and their energy was just what I needed to help me get through the remaining three acts of the show.

I’ll be honest, the next band to hit the stage, Trivium, has never quite been my thing when it comes to just listening to their music. There’s just something about their sound that rubs me the wrong way. Maybe it’s the tenderness felt in some of the vocals or maybe it’s how I wish the instrumentation just had a bit more of a punch to it- regardless, I’m just not a huge fan of this band and sadly they did nothing to change that for me on Tuesday. I will say that watching their crowd kept me mildly entertained. Much like the band to follow them, I was absolutely floored by the amount of passion that could be felt radiating from the audience to the stage. Although I know very little about Trivium and really have no major emotional attachment to the band, it was a pretty cool experience to feel the sense of admiration that audience has for this band. I’ll leave it at that. No bad mouthing Trivium- they are a solid band– just not for me.

That sense of admiration continued to reign supreme as Trivium left the stage and made way for Lamb of God. The set changeovers were quick and the crack of fireworks that kicked off Lamb of God’s set caught me a bit off guard but also sent the audience into a beautiful frenzy. Much like Trivium, LoG is another band where, although their music really does very little for me on a day-to-day basis, their live show will keep me coming back time and time again. Complete with balls of fire and an epic stage presence, this band blew through their twelve-song set like it was nothing and left no survivors by the time it was all said and done. After sleeping on how the show went, although I want to say Hatebreed stole the show (which they did musically for me), it was LoG who really brought that fuel and fire to the stage and left me completely speechless. Again, like during Trivium, I found myself lost in a sea of people who were screaming along to every word with such a sense of conviction that I found myself questioning my overall thoughts on this band. There’s something about them that makes them have this almost cult-like following and I know well enough to know that it’s not just their live show. There’s something about their music that seems to draw their fans in and I plan on spending some time of LoG’s music to try and figure out what exactly that is.

Metalhead or not, you either know the name Dave Mustaine, the word Megadeth, or you’ve at least seen their highly recognizable logo. Megadeth are legends… there’s no denying that and it was proven during their headlining set on Tuesday. Just hearing this band play will leave you speechless. Flawless guitar solos, epic basslines, slamming drum parts, and powerful vocals to top it all off– this band is one of those bands that, although they have been around for decades, never seem to falter when it comes to the talent they bring to the music scene. Even though their set was only about ten tracks long, each track came with epic musicianship that had me completely lost in the moment and losing track of time. Compared to the explosive production value that Lamb of God brought to the night, Megadeth’s set seemed a bit understated but that’s what made it perfect. There was nothing to distract from the pure musicianship of the members of this band and it really gave the audience a chance to just appreciate everything this band has done for the metal scene. I’m not a diehard metalhead or even Megadeth fan. If you know me, you know that I actually tend to shy away from major bands from the past like this just because I feel like I connect with newer music on a deeper level so I really couldn’t tell you what songs Megadeth played or much of their backstory other than the drama that has surrounded this band. What I can tell you is they had me completely captivated throughout their set last night and left me feeling satisfied and energized.

Average Age of the Crowd: 40 and balding

Amount of Beer Spilled On Me While Walking Around- $64 Worth

Celebrity Sightings- Jerrid of Show Me Your Hits