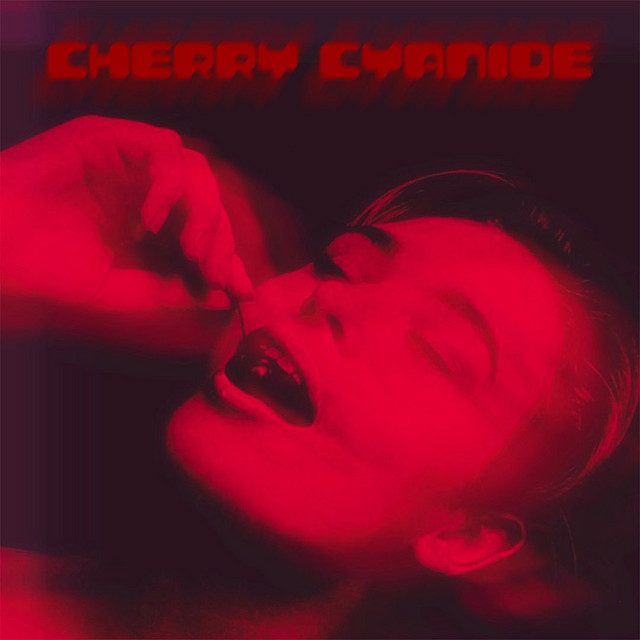 Yeah, yeah, yeah, I promised to get better at doing reviews regularly but, clearly, life has gotten in the way again. Between a huge promotion at one of my many jobs and just life in general, I feel like I just don’t have the time to do everything that I want to. In my heart of hearts, I want to spend all of my time reviewing music but, sadly, that doesn’t pay my mortgage. That being said, I’m desperate for something new and can’t deal with any more work emails right now so I figured now is a great time to listen to Bad Static’s super quick three-song single release ‘Cherry Cyanide’.

The first track on this three-song release is the single “Cherry Cyanide”. Although it took me a few seconds to get used to the fuzzy and overall low-budget-sounding recording quality, once I did get used to it, I fell in love with the simplistic yet infectious beat of this opening track and the vocals that sing over it. I’ll be honest, I do like this track but the simplistic nature of it has me a bit lost for words. I also found myself just genuinely enjoying the attitude and energy that this track brought to my house.

Although the recording quality really doesn’t clear up at all for “Ectoplasm Nightmares”, this second track just felt a bit fuller to me and definitely gave me a bit more to write about. Although it has the same intensity and overall attitude that “Cherry Cyanide” did, there’s just something a bit more interesting about the vocals here. My first comparison for this song would be local Minneapolis favorite Kitten Forever but I realize some of you may not know who that is (although you should totally look them up!). There’s this almost bratty tone in the vocals during the chorus that is infectious but is followed up with a more eerie and haunting vocal style in such an intriguing and amazing way. The drums are steady and honestly a bit less intense than I tend to like but I loved how they drive this track forward. Unfortunately, that also meant this already short track seemed to be done in the blink of an eye, and, before I knew it, “Reanimation” was closing out this quick listen.

Even though “Reanimation” is clearly a track done by the one and only Bad Static, the focus shifts from the vocals to the guitar work at times in this track which helps it feel completely different than the previous two tracks. In retrospect, although each of these three songs is from the same band, I loved how each one had a completely different vibe while being chock-full of attitude and energy. Another short and punchy track, I was left wanting so much more from Bad Static as I was left in the silence of my house.

It took me a second to warm up to the fuzzy recording quality of this three-song release but, as soon as I did, I realized that I wouldn’t have had these tracks any other way. The punky garage vibe of each of these songs is flawless and absolutely sets the tone for this band. Now excuse me while I dig into more of their music– you should probably follow suit.

What My Cats Thought Of It: Both cats slept upstairs